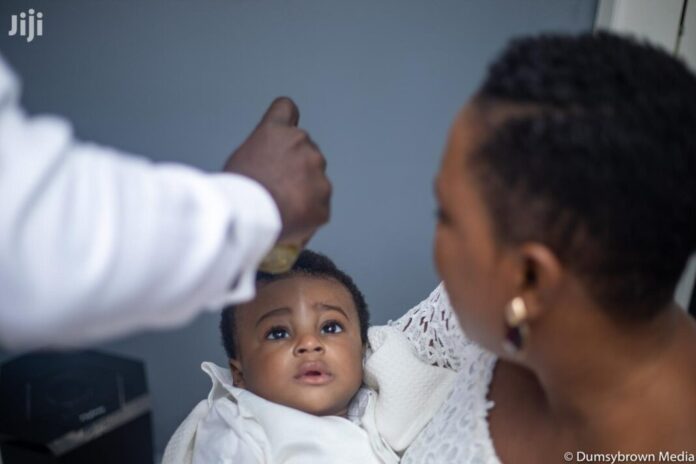 Amongst the many, if not the most insidious, poisonous, pervasive and chronic diseases our country and continent (Africa) are bedevilled with which have wreaked havoc on almost all ramifications of our lives is LEADERSHIP CRISIS.

Often, when this topic is raised, political correctness and its habitual and predictable occurrence make the topic trivial. Yet that appearance of triviality is deceptive and detrimental to the sustainability of a stable society and humanity. It goes further to unravel the tyranny and futility of the political culture and environment, which brutalizes the general welfare of our society.

Do you know that you are very corrupt? Yes, you!!!!
You are a very hypocrite!!! Yes, you!!!
You have been brought up to be corrupt, you have been trained to be a hypocrite, and yet you have the unmitigated temerity to call someone corrupt?—- such an act of hypocrisy!!!.

There have been several times when a leadership crisis has played plunged our country into a great quagmire which has cost us more than necessary to extricate ourselves, causing the disintegration of civility and safety.

Africans, in this case, Ghanaians are very good at pointing fingers and calling leaders and people corrupt except themselves. We sit on platforms to address the symptoms of leadership crisis yet are afraid to engage with the very cause of such chronic disease.

Well, you can sit in your comfort zone and call people out at all times but until you find yourself in the corridors of power and influence and in possession of wealth to fund your temptations, don’t rant about your morals and principles —( words to my sub-personality).

Now, let me prove to you why our society has built you to be corrupt!!!
Let me help you unravel why and how your parents have trained you to be a corrupt leader.

Has it ever occurred to you why Africa (Ghana) has had many heads of state yet few leaders? — confused huh ❔

Have you ever thought of why we always complain of corruption and still we seem to have not been able to solve such an issue?

Have you thoroughly analysed our culture and its relationship to leadership?

Let me make these bold claims of truth:
1. Our leaders are corrupt because our society built them so.
2. Ghana does not have leaders, it has heads of state and colonial masters
3. Our culture uproots and retard development and plant corruption
4. We can not fix corruption and leadership problems until we are bold, intentional and sincere enough to fix the sick traditional culture of our various societies.

Until we man up enough to address such a fundamental cause of the problems emanating from the leadership crisis, we have no business dreaming about building a better Ghana.

So the question is, as complex as the problems of leadership in our country and continent appear, “should the system and the people at the helm of affairs be solely blamed”?

Let’s give this question an in-depth dissection and also draw from the idea of Dr Jordan B Peterson.
If society is corrupt, but not the individuals within it, then where did the corruption originate? How is it propagated? It is a one-sided, deeply ideological theory.

Even more problematic is the insistence logically stemming from this presumption of social corruption that all individual problems, no matter how rare, must be solved by cultural restructuring, no matter how radical.

Our society faces the increasing call to deconstruct its stabilizing traditions to include smaller and smaller members of people who do not or will not fit into the categories upon which even out perceptions are based. This is not a good thing.

Each person’s private trouble cannot be solved by a social revolution, because revolutions are destabilising and dangerous. We have learned to live together and organize our complex societies slowly and incrementally over vast periods and we do not understand with sufficient exactitude why what we are doing works.

Thus, altering our ways of social being carelessly in the name of some ideological shibboleth ( diversity springs to mind ) is likely to produce far more trouble than good, given the suffering that even small revolutions generally produce.

However, there is a gentle way to go about solving this problem, but before that, we have to ask the right questions to find the right answers.

So, is our problem the system or the culture? Or the people in charge of building the system?

In pursuit of answers let us analyse these situations.

When was the last time you questioned and criticized your leader to his face?

What sought of relationships exist between the people and their leaders?

Right from the home, children are taught to be corrupt, and in this case corrupt leaders. Any chronic liar discovered lies when he or she was a child.

In our traditional homes, the father who is the head ( leader) of the house makes the final decision, gets the best services, gets served first and no child dares question him on any father-made decision even when the life of the child is at the centre of the decision.

When the child goes to high school, he or she realizes that the prefects in the school are treated differently, they enjoy special services which clearly shows how the privileges of being a leader play louder than the responsibilities of being a leader.

Even when a father offends a child, the child is forced to apologise to the father. Mothers sometimes instruct children to lie about her ( the mother) or another person.— that is corruption being inculcated in the child.

Our various student-leaders are trained to lord over the students.
Why then, do we seem surprised when there is enormous corruption at the national level?

We are one way or the other, brought up to be unconsciously corrupt.

Why is it that a rich minister will still get a brand new V8 vehicle while there are no classroom blocks for children to sit in and study? Because our style of leadership makes privileges louder than responsibilities.
Practically we are trading the future of such children for unnecessary comfort for already rich leaders.

Why do we always shield and protect our leaders from the problems they are supposed to solve?
Could it be a deliberate move to make things this way?
Is it because our leaders have invested in sick Ghana and therefore preventing Ghana to get well so that they don’t lose their investment?

Great leaders sacrifice everything to become who they needed to become in line with the kind of leaders the society or community or country needed and wanted the most.

If Ghana wants to get great leaders in the future, then, there is a need to go back and change how leaders are trained.

Seven out of every 10 young people in Ghana are mentally unhealthy! – Bright Anderson writes

Why do people give up? – Bright Anderson writes

Fear does not kill growth; It transforms it – Bright Anderson writes