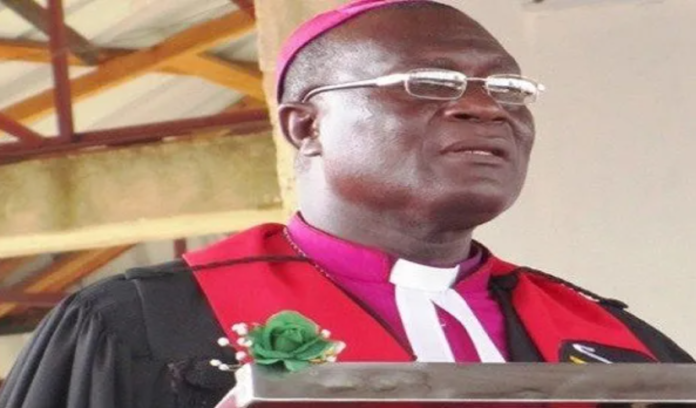 Sammy Gyamfi, the Communications Director of the opposition NDC, has taken on the former Methodist Bishop, Stephen Richard Bosomtwe Ayensu, over his recent comments about former President John Dramani Mahama.

According to him, the Bishop’s rant is borne out of hatred for the former President who promises to repeal the obnoxious Electronic Transfer Levy, E-Levy.

Speaking on Joy FM’s News Night programme on Monday, May 9, 2022, Sammy Gyamfi noted that the former Bishop is an NPP propagandist in cassock, merely doing the bidding of his party.

“It is important to make this point that the statement from the so-called Bishop, Stephen Richard Bosomtwe Ayensu, are totally baseless and clearly borne out from his hatred for John Dramani Mahama and the NDC.

“This is not the man who has the interest of the people of Ghana at heart and he is not interested in doing the work of God. Clearly, you can see that he is … a very bitter NPP propagandist in a cassock who has been contracted to do the bidding of the NPP,” Sammy Gyamfi said.

He noted that, President Mahama has consulted widely to understand the hardship of Ghanaians and how the E-Levy imposed by the current administration will increase the burden of Ghanaians.

Bishop Stephen Bosomtwe Ayensu while addressing journalists at the 25th Synod of The Methodist Church at the Mount Zion Methodist Church, Obuasi stated that the cancellation of the controversial E-Levy by Mahama will not materialise because the 2020 NDC flagbearer will not get another opportunity to lead the country.

He said, the country’s predicaments will take only wise economic decisions such as the levy to get the country out of the doldrums.

“The wrecks and shocks of the pandemic, which the Russia-Ukraine war has deepened, are clear.

“We should all endeavour to pay the E-Levy so the government could use the accrued money for development,” the man of God noted.

COVID-19 vaccination: Sammy Gyamfi’s use of WHO’s data on side effects misleading