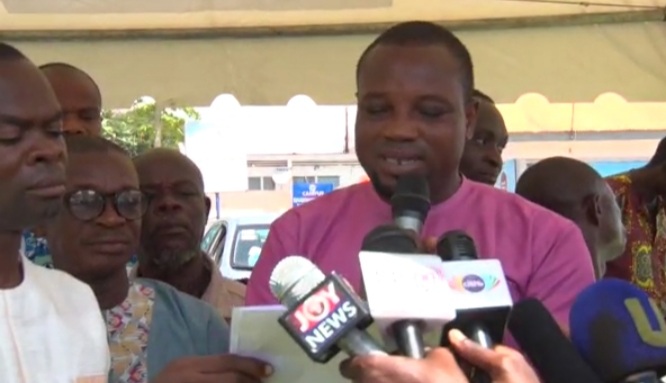 Staff of tertiary universities who were part of the Teachers and Education Workers Union of the Trades Union Congress have declared their permanent and irreversible defection from the union.

In place, they have announced a new union christened the Tertiary Education Workers Union, Ghana.

TEWU Chairpersons in all public universities across the country made the unanimous declaration on Thursday 2nd June 2022, at the campus of the Kwame Nkrumah University of Science and Technology in Kumasi.

Making the declaration, TEWU chair for University of Development Studies Tamale who has been appointed president of the newly formed Union, Abdul Rahman Suleman insisted that the current executives of TEWU have demonstrated incompetence in championing matters concerning their conditions of service and collective bargaining agreements.

“Our members are suffering too much and TEWU national leaders seem not to care hence our actions to be responsible and Care for our destiny. Expired Conditions of Service since 2008 till date which is about 14 years today, have not been negotiated for members to benefit with worsening economic consequences on members and their families,” Mr. Sulemana noted.

They further allege leadership of TEWU is in bed with the Fair Wages and Salaries Commission and Government in the delay and clandestine review of their demands for a quick resolution of bottlenecks with the Single Spine Salary Structure and Pensions, in a way that goes to the detriment of its members.

The new union contended, “We the executives of the Public Universities Locals in conjunction with the National Leadership and Vice chancellors Ghana (VCG) on one hand and Fair Wages and Salaries Commission (FWSC) on another hand signed MoU of allowances for the benefits of local members.”

The national leadership of TEWU of TUC GH has gone behind us and acted on our blind sides in condoning and conniving with the FWSC and government to cut down most our benefits to the determent of the ranks and files. This act of betrayal and backstabbing is injurious and breach of trust on the part of National Leadership of TEWU of TUC GH. We hereby resolved that we no longer trust them to lead and negotiate on our behalf,”

He indicated that the union has followed all legal processes including assuming all assets and liabilities of the old federation, to legitimize its operations.

Receiving the statement on behalf of the Vice Chancellor Prof. Rita Akosua Dickson; the University Relations Officer of the Kwame Nkrumah University of Science and Technology Dr Daniel Norris Bekoe indicated the commitment of the University’s Management to study the document and offer its input in the interest of the welfare of its staff.