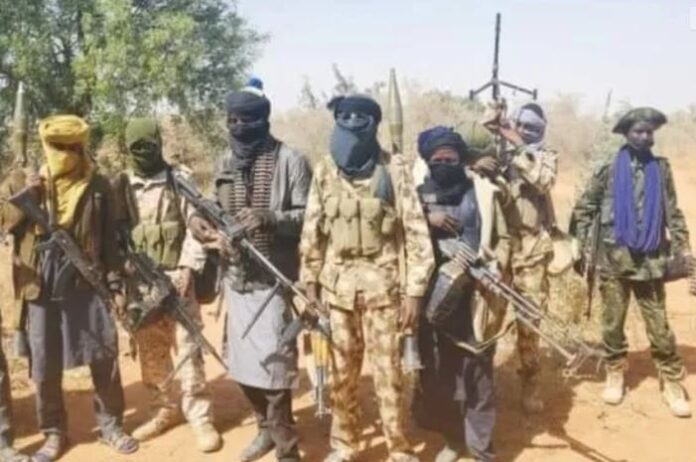 Gunmen have abducted at least 29 people in the north-western Nigerian state of Zamfara, police say.

The victims were travelling back home from a wedding ceremony when the armed men ambushed a convoy of their vehicles.

The victims were mostly mobile phone dealers from a popular market in Gusau, the Zamfara state capital – who had attended the wedding of one of their colleagues in neighbouring Sokoto state.

One man who survived the attack told the BBC the gunmen had mounted three roadblocks on Saturday evening, trapping vehicles and opening fire on them.

A number of travellers managed to escape on foot with gunshot wounds, abandoning their vehicles.

A police spokesperson said security forces had launched a search for dozens of hostages.

The Nigerian authorities are facing increasing criticism for failing to tackle the widespread insecurity including frequent killings and kidnappings for ransom by armed gangs.

In a speech to mark the 23rd anniversary of Nigeria’s return to democracy on Sunday, President Muhammadu Buhari acknowledged the rise in violence by various armed groups across the country.

He said his government was doing its best to address the problem.

More than 3,500 people have been killed in the first three months of this year alone and thousands more have been kidnapped.