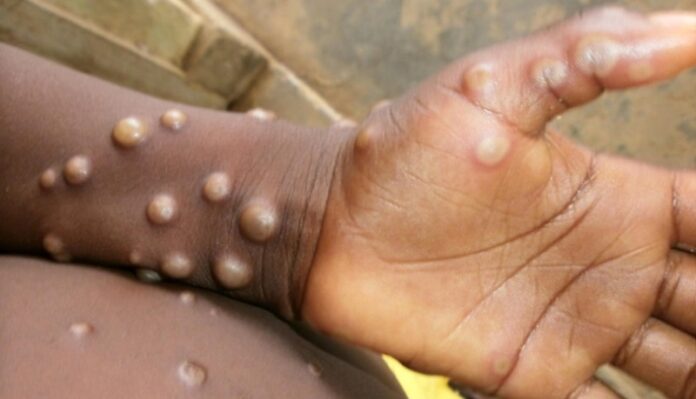 Five cases of monkeypox have been confirmed in the Greater Accra, Eastern, and Western regions, the Ghana Health Service (GHS) has announced

According to GHS, one of the cases was recorded in a Ghanaian who visited the United States of America from Ghana.

Addressing the media in Accra on Wednesday, June 8, 2022, the Director-General of the Service, Dr Patrick Kuma-Aboagye, disclosed that the cases were identified through the testing of 12 suspected cases, including one case that was reported from the Western Region.

“I am sure of late we have had a lot of discussions on social media on monkeypox, and I think the most popular one was the one from the Western Region. That was negative; we tested and it was negative.

“So far, since the outbreak, we’ve tested 12 suspected cases in Ghana since May 24, 2022. Currently, we have confirmed five cases in three regions – Eastern, Western, and Greater Accra. No deaths have occurred among the cases.”

Dr Kuma-Aboagye said though there are available vaccines to treat the disease, he does not think it is necessary at this time to call for vaccination of the cases.

“So, prevention is the key activity that we all must embark on and also early detection and reporting if we see any rash,” he added.

Monkeypox is an infectious viral disease that can occur in both humans and some other animals.

Early symptoms include fever, headache, muscle pains, shivering, backache, and feeling extremely tired. Typically there are swollen lymph nodes behind the ear, below the jaw, in the neck, or in the groin. This is followed by a rash that forms blisters and crusts over; most frequently in the mouth, on the face, hands, and feet, genitals and eyes.

Monkeypox may be spread from handling bushmeat, an animal bite or scratch, body fluids, contaminated objects, or close contact with an infected person. The virus normally circulates among certain rodents. Diagnosis can be confirmed by testing a lesion for the virus’s DNA. The disease can appear similar to chickenpox.

Monkeypox was first identified in 1958 among laboratory monkeys in Copenhagen, Denmark. Monkeys are not a natural reservoir of the virus. The first cases in humans were found in 1970 in the Democratic Republic of the Congo. An outbreak that occurred in the United States in 2003 was traced to a pet store where rodents imported from Ghana were sold.