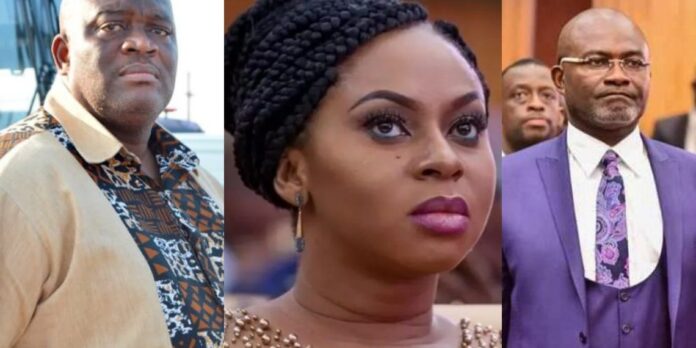 The Privileges Committee of Parliament will publish in the dailies, an invitation letter it extended to the Member of Parliament (MP) for Dome-Kwabenya, Sarah Adwoa Safo.

The decision follows the failure of Ms Safo, who is also the Minister of Gender, Children and Social Protection to appear before the committee today, Tuesday, June 14, to explain what might have accounted for her 15 days continuous absence from Parliamentary sittings without permission, as spelt out by Ghana’s constitution.

The invitation was extended to Ms Safo by the committee and two others, but she failed to honour it today, Tuesday, June 14, 2022.

The two other MPs who were referred to the committee by the Speaker, Alban Bagbin for the same long absence; Kennedy Ohene Agyapong, MP for Assin Central and Henry Quartey, MP for Ayawaso Central, who is also the Greater Accra Regional Minister, are expected to appear before the committee tomorrow, Wednesday, June 15, 2020.

The Vice Chairman of the Committee, Mr Akwasi Owusu Afrifa-Mensah, MP for Amasaman who disclosed the decision to Graphic Online in an interview, said if Ms Safo still fails to appear before the committee after the publication of the invitation in the dailies, the committee would go ahead to prepare its report and present it to the plenary for consideration.