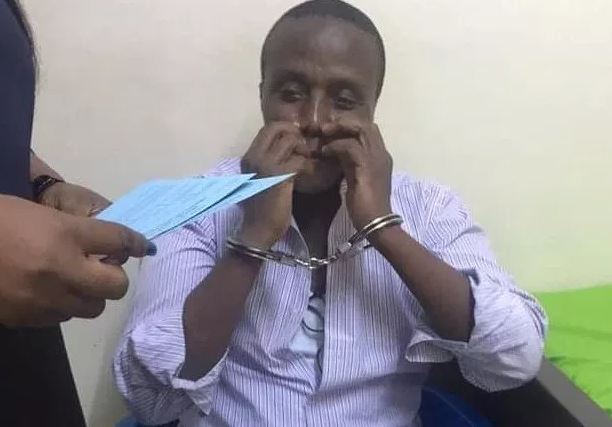 State Prosecutors have closed their case after parading 16 witnesses in the case in which Gregory Afoko and Asabke Alangde are standing trial for murder.

Afoko and Alangde are being accused of the acid incident which led to the death of New Patriotic Party’s (NPP), Upper East Regional Chairman Adams Mahama.

The two have pleaded not guilty to conspiracy and murder and have been held in lawful custody as the trial wears on.

In court on Tuesday, June 14, the prosecution led by Mrs Marina Appiah-Opare, a Chief State Attorney announced the closure of the state’s case after Chief Inspector Augustus Nkrumah, 16th Prosecution Witness was discharged.

Lawyer Andrew Kudzo Vortia, counsel for Asabke Alangde (2nd Accused) grilled the investigator before he was discharged by the court.

“My Lord, we will not call any other witness,” Mrs Opare, the Chief State Attorney told the court presided over by Justice Efua Merley Wood, a Justice of the Court of Appeal sitting with additional responsibility as a High Court judge.

“My Lord, before we close our case, I will like to bring to the attention of the court the fact that PW7 – Chief Inspector Blay during his testimony tendered in evidence photocopies of 1st Accused person’s investigation caution statement.

She explained that the prosecutor informed the court (earlier) that, “he will bring the original statement to replace the photocopies in due course and this is the statement date 22 May 2016 obtained from A1,” he explained.

“We brought the original copies and we want to replace them with photocopies,” she intimated.

The original document was admitted to replace the photocopies after the defence lawyers indicated they had no objections.

The Chief State Attorney also addressed the court and the jury on the ‘Statutory Document’ which contained details of the committal proceedings held at the Kaneshie District Court in 2019.

“My Lord, ladies and gentlemen of the jury before the accused persons were brought to the High Court for trial, they were arraigned before the District Court for what we called committal proceedings.

“This was done… and captured in a document we called Statutory Document and before the procescution closes its case, it is supposed to tender in evidence the statutory statement,” Mrs Appiah-Opare noted.

While presenting details of what was captured in the Statutory Document she said, both accused persons agreed that they were served with charge statement.

They also pleaded a defence of Alibi to say that, they were not at the crime scene at the time the said incident occurred.

Submission of no case to answer

Following the closure of its case, lawyers of the accused persons Stephen Sorwah Charway (A1) and Andrew Kudzo Vortia (A2) have indicated they will file submissions of no case to answer.

According to EIB Network’s Court Correspondent Murtala Inusah, the accused persons per the intended application are literally saying to the court that there is no case to answer and that the prosecution has not sufficiently proven the legal threshold to establish the commission of a crime in the court of law against them.

Justice Merley Wood after listening to the parties ordered the accused persons to file submission of no case on or before June 27.

The prosecution is also directed to respond to the submission of no case on or before to July 11.

The court is expected to rule on the application by July 30.

The case has been adjourned to June 27, 2022, for the accused persons to be brought to the court to satisfy the two weeks remand requirements of accused persons on remanded into Prisons Custody.