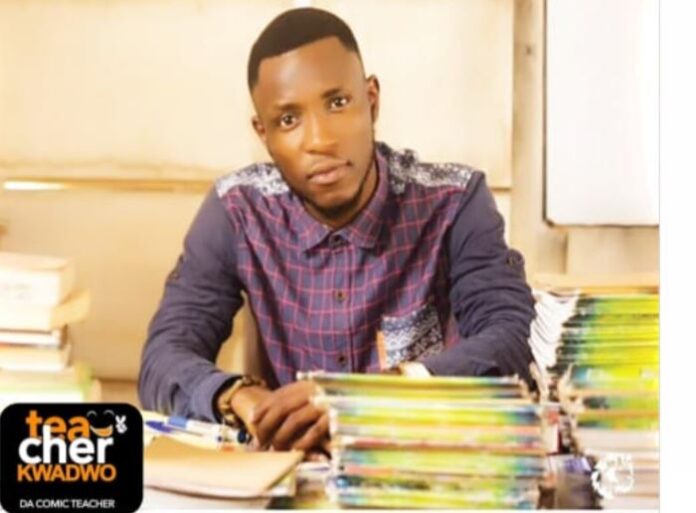 The Chief Executive for Akrofuom District Hon Maurice Jonas Woode is asking Michael Owusu Afriyie aka Teacher Kwadwo, a Ghanaian YouTuber, comedian, and a former teacher to render an unqualified apology for what he describes as lies peddled about him and personnel of the District Education Directorate by the Comedian.

In a press briefing organized by the Assembly on Tuesday, 21st June, 2022 the DCE debunked the assertion by Teacher Kwadwo that his termination of appointment from the Ghana Education Service in December 2021 was orchestrated by the DCE and some Staff of GES including the District Education Director George Sarfo Kantanka, as a result of a video published by Teacher Kwadwo on social media about Kofi Gyaame Basic school. 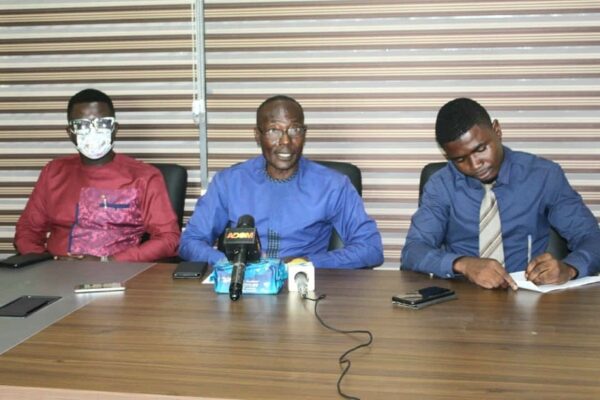 In a video footage that has since gone viral, the former professional teacher revealed how classrooms in Kofi Gyama were allegedly being used by some staff of the forestry commission with the approval of school authorities.

According to him, the pupils of the school have been kicked out of their classrooms and made to study in a dilapidated structure.

This alleged illegal action, he stressed, formed part of the main reasons for his dismissal in December 2021.

But in a sharp rebuttal, Hon Maurice Jonas Woode said Teacher Kwadwo’s dismissal came about as a result of Professional misconduct on his part and has nothing to do with what he alleged in the viral video.

Contrary to the allegations made by Michael Owusu Afriyie that the pupils of the school has been kicked out of their classrooms since its completion, Hon Maurice Woode said the school building was handed over to the Akrofuom District by the contractor in August 2021 at a time when the school was about to vacate, with the Assembly making preparations to procure classroom furniture as a policy by the Assembly.

He said the Assembly in the interim released the building to some workers of the Forestry Commission who were at Kofi Gyaame for a 3 week special reforestation exercise in the Nkrabea forest. He added that the block was yet to be furnished with tables.

The Dce further mentioned the said 3-unit classroom block has since been furnished with 75 pieces of Dual Desks (25 for each class) with Teachers’ Tables and chairs and was commissioned on September 2021.

” As I am speaking with you now ,the Classroom block is being used by the school and therefore it is palpable falsehood for anyone to allege that the building has been locked since it was handed over by the contractor”.

RESPONSE FROM GES ON WRONGFUL DISMISSAL

In a statement read on behalf of the District Education Director George Sarfo Kantanka,  the PRO of the Education Directorate, Braimah Seidu said Teacher Kwadwo‘s removal from GES had nothing to do with his social media advocacy as he is trying hard to portray. His removal from the service was purely based on professional misconduct: absenteeism, his perpetual refusal to prepare lesson plan and insubordination.

“Mr. Michael Owusu Afriyie was not regular to school and the records are there to show. The records also show that he was queried (given several warnings) by the District Directorate, his SISO (Circuit Supervisor), and headmaster. He refused to respond to the queries and the invitations to him from the Directorate to come for discussion on same”, he added.

The statement further established that the Ghana Education Service (GES) cannot dismiss its Staff in a manner as purported by Teacher Kwadwo. He said due processes were followed during the Hearings.

” During the disciplinary committee hearing of his case, he brought a lawyer throughout the period and at the end, they asked for clemency when the facts were made available. His case has absolutely nothing to do with victimization”. He emphasized.

He again pointed out that,  it is clear from the narrative that, Mr. Michael Owusu Afriyie was not victimized by the Ghana Education Service nor was he intimidated by any officer or headteacher. He rather intimidated officers and his headteacher for self-aggrandizement.