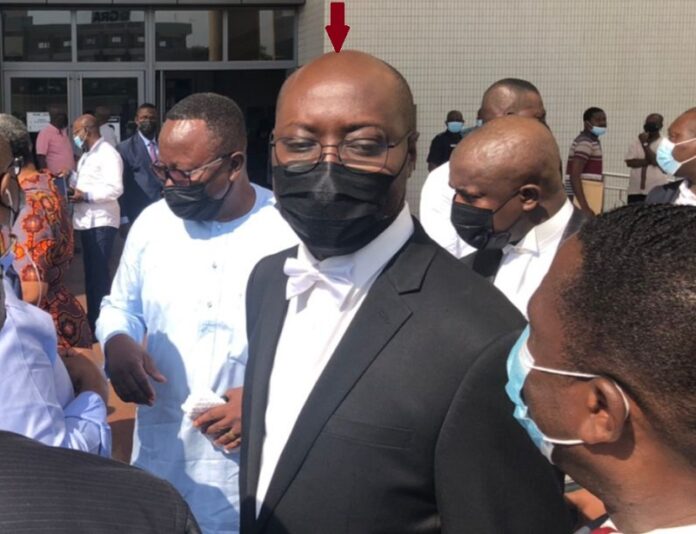 The Minister for Health Kwaku Agyeman Manu has mounted the witness box to testify as a prosecution witness in the ongoing trial of Cassiel Ato Forson and two others.

Dr Ato Forson, a former deputy minister of finance, who is also the National Democratic Congress Member of Parliament for Ajumako Enyan Esiam, and the ranking member on the Finance Committee of Parliament, has been charged with Sylvester Anemana, a former Chief Director of the Ministry of Health and Richard Jakpa, a businessman, for allegedly causing financial loss of €2.37 million to the state in a deal to purchase some 200 ambulances for the country between 2014 and 2016.

They have all pleaded not guilty and are standing trial.

In court on Tuesday, June 28, Kweku Agyemang Manu. Minister for Health and MP for Dormaa Central is currently detailing to the court how the whole deal came to his attention.

While being led by Attorney General Godfred Yeboah Dame, as 2nd Prosecution Witness in the ongoing trial, the minister as part of his testimony is tendering in correspondences that came to his attention when he became the minister of health.

Charges against you not politically motivated – AG to Ato Forson

Capital Bank trial: Ato Essien breaks down in tears as he mounts dock