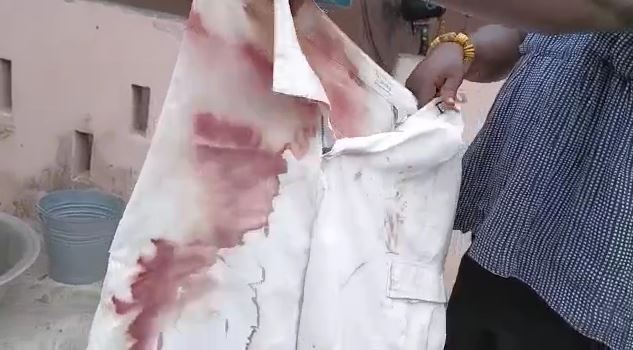 Thugs numbering over 10 have attacked the Chief of Awutu Oshimpo, Nai Kofi Okyere, and the Ankobeahene of Awutu Traditional Council Nai Oshimpo Acheampong with cutlasses and other weapons.

The incident happened at Awutu Bereku in the Awutu Senya West District of the Central Region on Wednesday, June 1, 2022, evening.

According to a report gathered, the chiefs and their elders were waiting for the District Chief Executive for Awutu Senya West at a meeting they had scheduled on how to deal with refuse in the District.

Information gathered indicates that some family members hired the Land guards to attack the chiefs after accusing them of releasing some land to a company for a landfill site.

In an interview with Kasapa News, Yaw Boagyan, Ankobeahene of Awutu Traditional Council Nai Oshimpo Acheampong confirmed that he was beaten and his GHC200.00 stolen.

The case has been reported to the Awutu Bereku Police Commands for an investigation.

The two chiefs appealed to the police to arrest the perpetrators and have them prosecuted to serve as a deterrent to others.