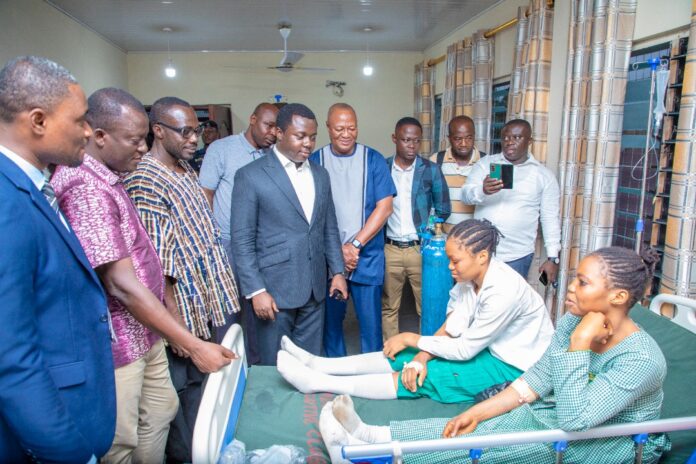 Calm has returned to the Islamic Senior High School in the Ashanti Region after Monday’s disturbances that left some students hospitalised, the Education Ministry has said.

The victims of the clash mostly students who were affected following the incident are currently responding to medical treatment and are in good condition.

“Out of the thirty-eight (38) students hospitalised, twenty-two (22) have been discharged and have joined their colleagues on campus,” a Press statement by the Deputy Minister of Education, Ntim Fordjour said.

At least 25 students of the Islamic Senior High School at Abrepo in the Ashanti Region reportedly passed out after police sprayed them with pepper spray and shot live bullets during a demonstration over frequent knockdowns in front of the school.

The students in the course of the demonstration blocked the road in front of their school denying motorists the opportunity of using that road. 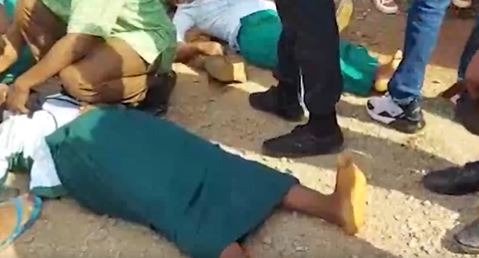 This resulted in the Police being invited to clear the roadblock and break up the protest.

The intensity of the pepper sprays left many of the students unconscious and were rushed to the hospital by officers of the National Ambulance Service.

The Inspector-General of Police (IGP), Dr George Akuffo Dampare subsequently visited the school to get first-hand details of the incident as investigations commenced.

After his visit, he assured the students and Management of the school that he will look into the conduct of Police officers deployed for crowd control during their protest.

The Acting Ashanti Regional Police Commander, DCOP Kwasi Akomeah-Apraku has been removed and interdicted together with two other senior Police officers following Monday’s clash between police officers and students of the Islamic Senior High School in Kumasi that left over 30 students injured.

The action by the Inspector General of Police, Dr. George Akuffo Dampare is to allow for investigations to take place.

The Ghana Police Service has admitted that its handling of the incident was poor and fell short of its Standard Operating Procedure on crowd control.

Below is a copy of the Edu. Ministry’s Full Statement

The Ministry of Education has been duly briefed on the unfortunate incident that occurred on the campus of the Islamic Senior High School in Kumasi on Monday, June 13, 2022.

The Ministry regrets the rather unfortunate incident, which resulted in 38 students seeking medical attention and the temporary disruption of academic work.

The Ministry of Education would like to assure the public that all the affected students are responding to medical treatment and are in good condition.

Out of the thirty-eight (38) students hospitalized, twenty-two (22) have been discharged and have joined their their colleagues on campus.

We would like to assure parents and guardians of the safety and security of their wards, as full academic work starts tomorrow Tuesday June 14.