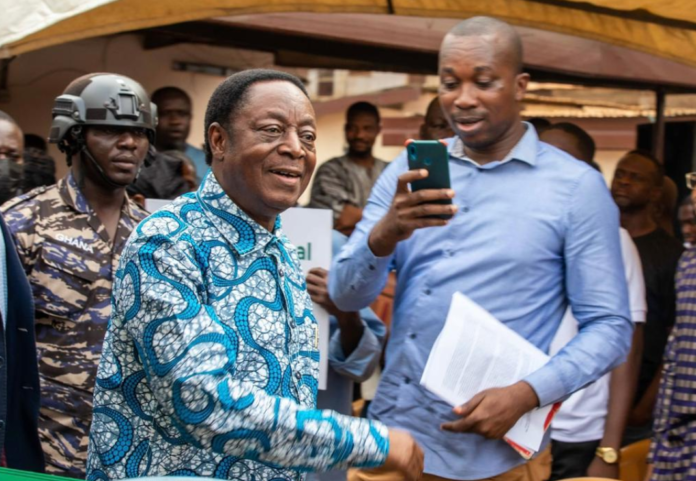 The opposition National Democratic Congress (NDC) has set today, Thursday, June, 23, 2022 for the official launch of the ‘Duffuor Ahotor project’.

The planned event scheduled to come off at the party’s headquarters on 7th June 2022  saw a last-minute cancellation as a result of some disagreements.

Following the development, some NDC sympathizers and members across the country took to social media to express concerns over the event cancellation.

However, a press release signed by the General Secretary, John Aseidu Nketia, in response to an article by the Informer Newspaper, noted that the event was called off due to unsettled business between Dr. Duffuor and the party.

“A mutually acceptable agreement was reached at our FEC meeting last week, with Dr. Duffour in attendance pursuant to which we scheduled the presentation of the Ahotor project items to the party for Tuesday, 7th June, 2022.

“The event was rescheduled because of certain issues raised subsequent to the final meeting by the donor with aspects of the agreement which required further deliberations and clearance by FEC,” the General Secretary explained.

The statement was unclear about the nature of the disagreement with the former Governor of the Central Bank.

However, it’s apparent the so-called disagreement has been settled to pave way for the anticipated relaunch of the Ahotor project.

All things being equal, the launch is billed to start at 10 am at the party’s headquarters in Accra.