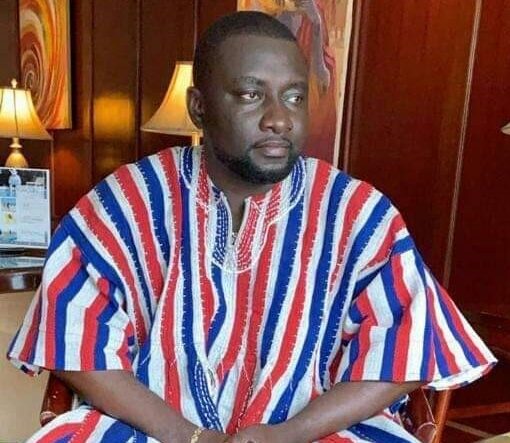 A failed New Patriotic Party parliamentary candidate for the Subin Constituency in the Ashanti Region and businessman, Villey Acheampong has been charged with threat of death at the Circuit Court in Accra.

The youth activist has since been remanded after he pleaded not guilty to two charges of “discharging gun in town” and “threat of death.”

The court presided over by Her Honour Susana Eduful remanded him for two weeks even though his lawyers raised concerns of ill-health.

The accused person, is also facing separate charges including defrauding by false pretense pending in the same court over some six-bedroom apartment.

The brief facts of the case as presented to the court by Prosecuting Officer, ASP Evans Kesse were that, the Complainant is a businessman and resides at Greda Estate, Teshie.

Whilst the Accused person is also said to be a businessman and resident of Baatsona.

According to ASP Kesse, for some time now, Complainant and Accused person are contending over the ownership of a six bedroom uncompleted building built by the Accused person and said to have been bought by the complainant, located at Baatsona which case is pending before Circuit Court, Accra.

The Prosecutor said, on May 29, 2022, Complainant and a witness, in this case, visited the said building site and met the Accused person.

He said, without any provocation, the Accused pulled a pistol at the Complainant and threatened to kill him.

The Prosecutor told the court that, the Accused fired two warning shots in the presence of witnesses and that, both parties rushed to the police station and reported the case.

“Investigation conducted at the scene and interview with witnesses confirmed that the accused threatened to kill the complainant with pistol after firing two warning shots,” ASP Kesse told the court.

He said, “Investigation led to the retrieval of 40mm Caliber pistol marked SMITH WESSON – HTU 5617-AA4/9034/16 with 9 rounds of ammunition from the accused person.”

The Prosecutor said, the Accused was arrested and in his cautioned statement he denied the offence.

“After investigation, he was charged with the offences as stated on the charge sheet and put before this honorable court.”