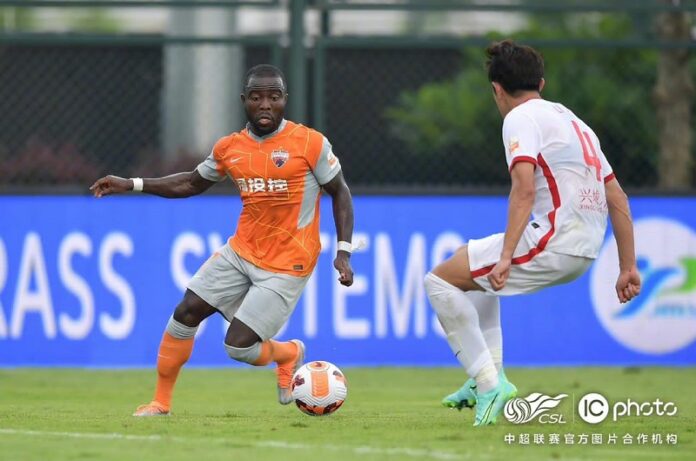 Ghanaian international winger Frank Acheampong on Saturday got his team Shenzhen FC off to a flyer as the Asian top-flight Chinese Super League entered a new season.

The promising in-form forward has given a clear indication of his capabilities by moving his team towards achieving great success this season.

Frank Acheampong helped his side to pick up the vital three points by scoring two important goals in their game against Chengdu Roncheng on Saturday.

His first goal came in the 27th minute following a vital assist from his teammate Dai W.
Frank Acheampong wrote his name on the score sheet again in the 59th minute with a classy finish that eventually sealed the game to the end. 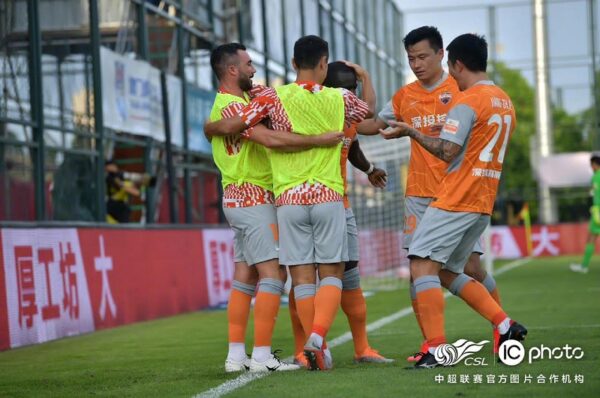 The second goal in the 59th minute was also assisted by Shenzhen FC’s Huang Ruifeng.

This comes at no surprise at all since Frank put up similar exploits last season.

Frank Acheampong and Shenzhen FC following this result have secured the 3rd position on the Chinese Super League Table going into the next round of matches with a big advantage.

Wuhan Three Towns have taken the top spot of the Chinese Super League after winning 4:0 in their first game whilst Changchun Tai comes behind them in the number two position.