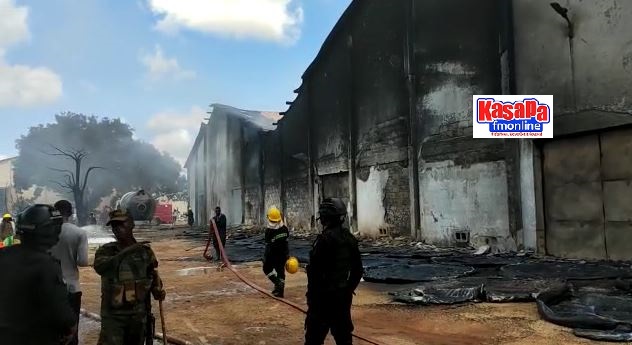 A huge gas explosion at the Kumasi Shoe Factory in Atonso-Agogo in the Ashanti Region Friday morning has left three persons injured and two cars burnt.

The incident happened around 11am when a gas tanker said to have been offloading fuel into the company’s cylinder caught fire resulting in many workers fleeing for their lives.

The victims who sustained injuries during the stampede have been rushed to the hospital for treatment.

Firefighters who responded immediately to a distress call had a tough time battling the flames.

The area has been cordoned off to protect lives. No death has been recorded.