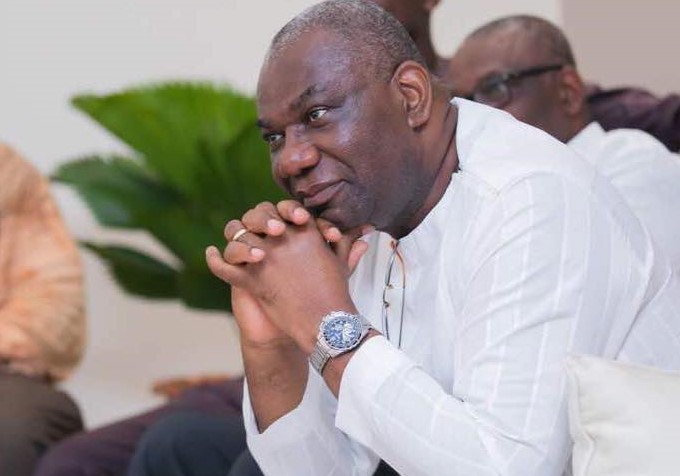 A former Energy Minister, Boakye Agyarko has warned the nation of ominous dark days ahead as the economy further declines.

“Look the economy is not in a good place; that is the first admission we have to make boldly. And we have to put a plan that calls for a collective sacrifice. It’s going to involve pain and we must communicate to the rest of the country that we will also bear the pain and share the pain with them. Jerry Rawlings was a master of that…” Boakye Agyarko told Asempa Fm.

He noted that to get out of the woods, the Akufo-Addo government ought to take public financial management seriously.

Governor of the Bank of Ghana, Dr. Ernest Addison, has said that to restore confidence it is necessary for bold policies to be taken to repair some of the damage that prevailing global conditions have had on the local economy.

Among the bold policies, he mentioned that should be implemented are: cutting down on excessive expenditure by the fiscal authorities; taking steps to improve the business environment; and aggressively pursuing export diversification.

“Going forward, both fiscal and monetary policies should remain vigilant and ready to take additional policy measures, as well as structural reforms if necessary, to improve confidence about the economy so as to sustain economic recovery. These include but are not limited to government’s expenditure-control together with new revenue mobilisation measures that support the fiscal consolidation path and help lift financing constraints.

“Bold policies must improve the business operating environment and attract private capital – both foreign direct investment and portfolio investment- through rule of law, protection of property rights, transparency and accountability. In addition, political and macroeconomic stability will contribute immensely to regaining investor confidence,”  he said at a recent financial literacy workshop for journalists.

The national inflation rate as at April this year stood at 23.6%, almost triple the Central Bank’s 2022 target of 8%.

This rate was the lowest recorded in about a decade. Since that record low, inflation has recorded a consistent rise for 11 straight months, climbing all the way to 23.6% in April 2022.

Between March and April alone inflation jumped by over 4 percentage points.

Currently, petrol and diesel are on the average sold at some pump stations at GHc10.10 and GHc12.20 per litre, respectively and it was expected to increase in the coming days considering the sanctions on Russia which supplied about 40 per cent of the world crude oil.

Economy grows at 3.3% in Q1; lowest growth since recovery from COVID

I currently don’t have a relationship with Prez. Akufo-Addo – Boakye Agyarko