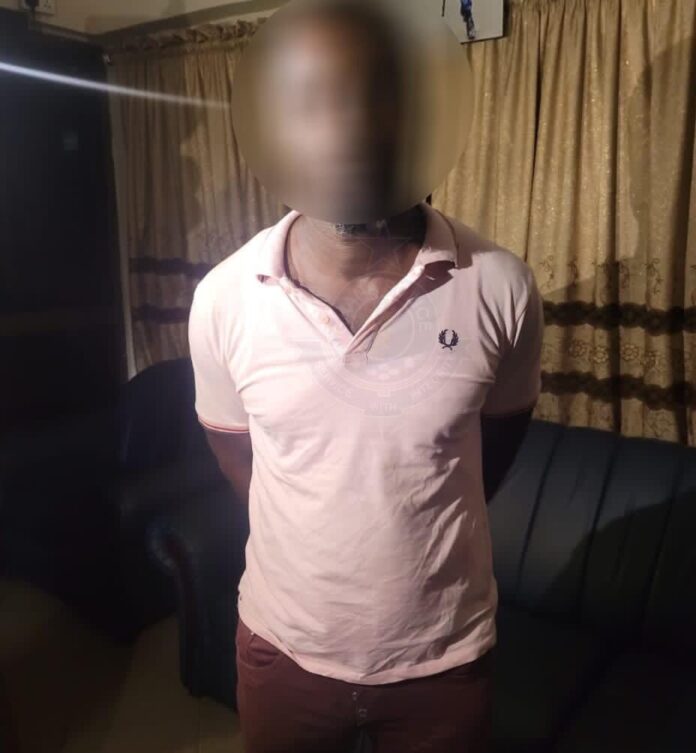 A 42-year-old man has been arrested for attempting to use his 11-year-old daughter for rituals at Oyibi in the Greater Accra region.

The suspect was arrested upon a tip-off by a traditional herbalist who was to help him conduct the rituals.

“The girl’s father came to see me, he told me he just landed in the country after staying overseas for a while, and it hasn’t been easy for him. He told me he is a father of 12 and is offering two of them for money rituals. He offered me GHS 10,000 and other good surprises when the job is done.  Sadly, he had just picked the daughter up during school hours and told her he was going to get her a new dress,” the herbalist said in a video he shared on social media.

He added: “Yes, I am a herbalist, but I am also a military man. I am very disciplined. I don’t engage in any sinister activities. I want to prove to the world that herbalists are not as evil as they are painted. We are not killers as is portrayed in movies, we are healers. I have the little girl he brought for me to kill.”

The Police in a statement said the victim is in safe custody and will be reunited with the rest of the family. 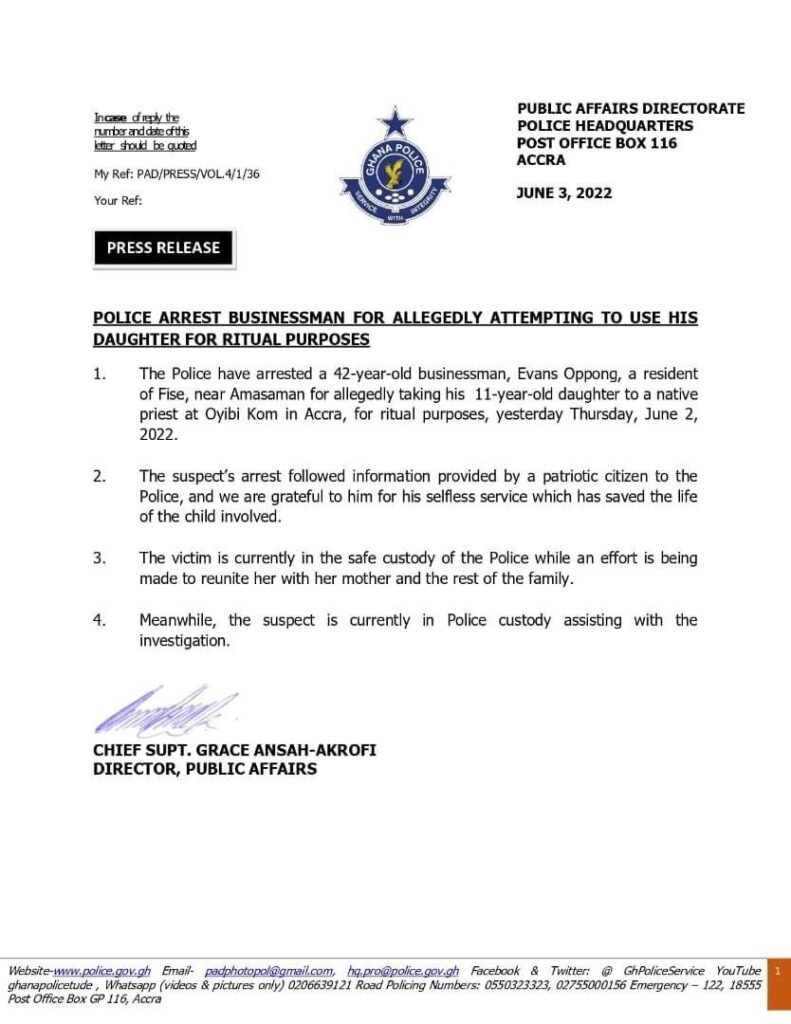