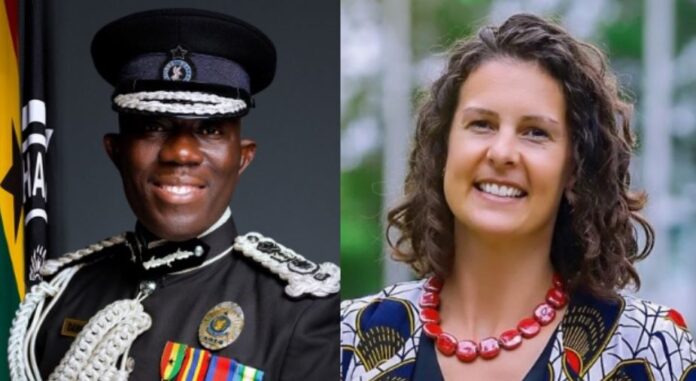 The British High Commissioner, Harriet Thompson, has said that her tweet about the arrest of #FixTheCountry convener, Oliver Barker-Vormawor was not intended to cause chaos.

In her view, her tweet was a harmless comment on a subject that was of interest to a lot of Ghanaians.

In an interview on Accra-based GHOne on Tuesday, May 31, she declared that “a tweet like that is not going to be the thing that will get people onto the streets, in my view. If I had thought that there was the remotest chance of that, I wouldn’t be tweeting things like that. That is clearly not my intention.”

The British envoy’s comment follows a four-page letter from the Ghana Police Service asking the H.E Harriet Thompson to “di wo fie asem” – to wit learn to keep within the limits of what concerns you.

In a tweet posted on May 17, the Commissioner said “Oliver Barker Vormawor, the convener of #FixTheCountry Movement, arrested again, I understand, for a motoring offense on his way to court. I’ll be interested to see where this goes…,”

Oliver Barker Vormawor, convener of #FixTheCountry movement, arrested again, I understand for a motoring offence on his way to court. I’ll be interested to see where this goes… https://t.co/iK5hZDZUln

According to the police, “ordinarily, the Ghana Police Service would not have responded to comments such as yours, obviously made from either a biased or uninformed position.”

“What is more, we consider your tweet as a violation of the Vienna Convention on Diplomatic Relations, 1961 which enjoins diplomatic missions not to interfere in the internal affairs of their host country”

However, H.E. Harriet Thompson believes “commenting on something that is of great interest to a lot of people in a country is not interfering in the affairs of that country,”

56% of Ghanaians confident in Ghana Police Service under Dampare – Survey