The opposition National Democratic Congress (NDC) has bemoaned none prosecution of what they describe as “politically motivated murders” under the Akufo-Addo led-administration.

“We note with extreme regret and astonishment that absolutely none of the numerous murders committed under the watch of President Akufo-Addo has seen any finality in prosecution and due punishment for the perpetrators.

“President Akufo-Addo is in his sixth year of governing this nation, and yet despite his well-known advocacy for law and order and human rights during his long sojourn in opposition, the government that he leads has had the highest number of politically motivated murders in the Fourth Republic,” the NDC disclosed in statement on June 26, 2022 to mark the first anniversary of the death of Kaaka at Ejura in the Ashanti Region.

The statement signed by the Communication Director for the NDC, Kakra Essamuah disclosed that citizens are living in fear as result of what he says is the unlawful use of force by security forces.

“Accordingly, we demand justice from the President for all who have perished in the numerous clashes between the security forces and ordinary citizens and, in particular, Ibrahim Mohammed, alias Kaaka and two other citizens of Ejura who died alongside Kaaka,” he stated.

Attached is the full statement 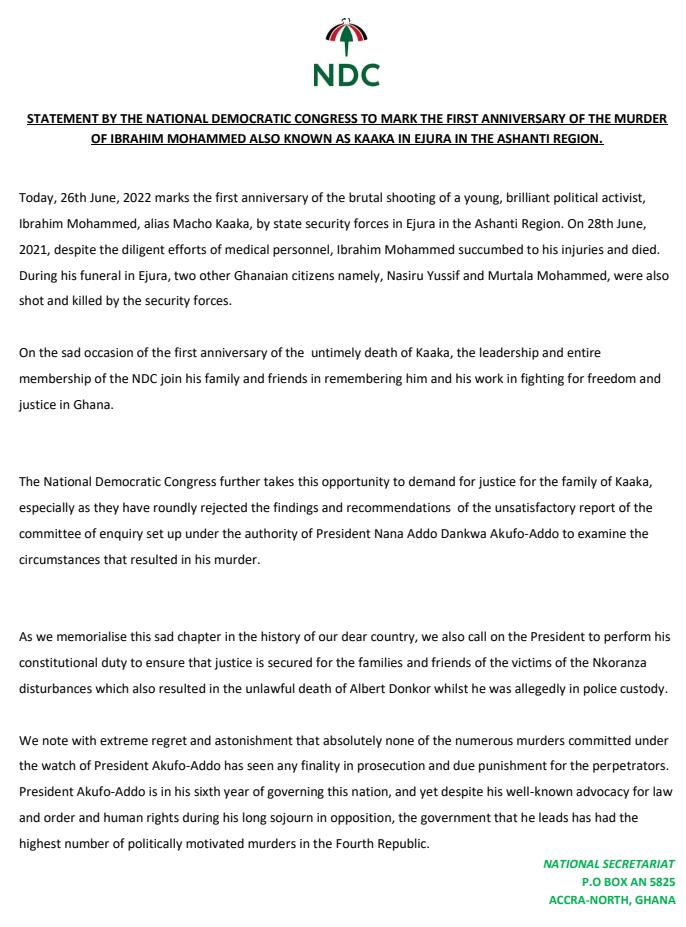 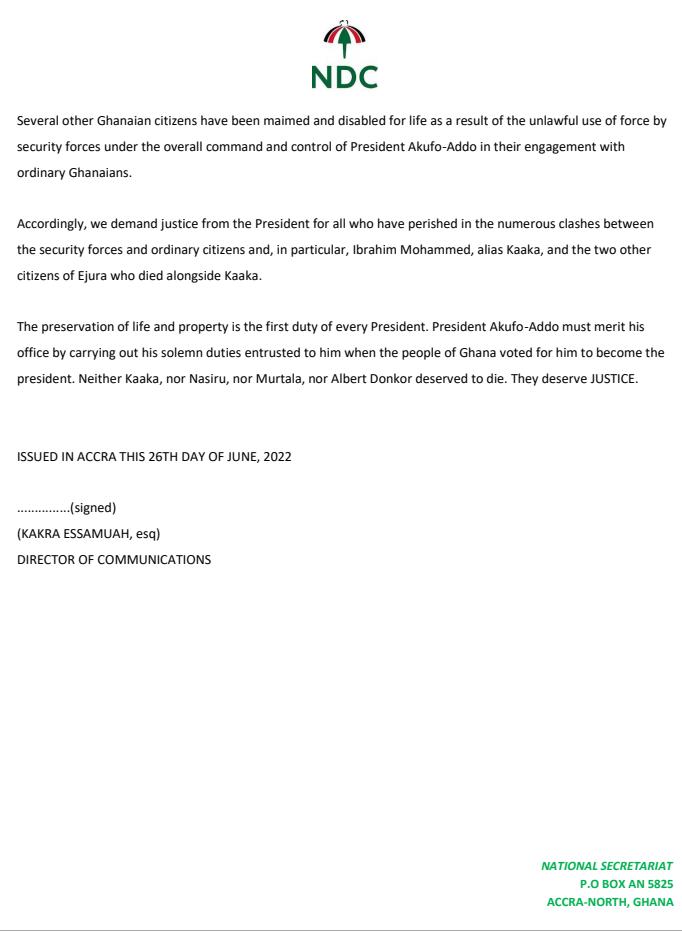