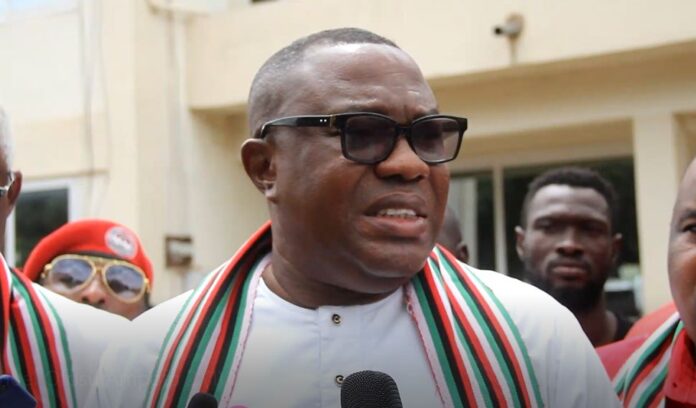 The national chairman of the National Democratic Congress(NDC) has stated that the NDC is the best to grow Ghana’s economy back on track.

He made the point in the Upper West Region on Sunday whiles attending a party’s regional retreat in Wa.

He said the Upper West since 1992 has supported the NDC in its 30 years of service to the country. He however thanked the people of the region for their contributions to the growth of the party.

He says the NDC is on record to have maintained Ghana’s economy under a single-digit inflation for thirty-six months hence the best alternative with experience to grow the country’s economy from its current conditions.

“The challenges that we’re facing now calls for deeper reflection and to look for an alternative that has the experience and the capability to manage the economy. You cannot look any further than the NDC” he told the gathering at Wa.

Meanwhile, a former Energy Minister, Boakye Agyarko has warned the nation of ominous dark days ahead as the economy further declines.

“Look the economy is not in a good place; that is the first admission we have to make boldly. And we have to put a plan that calls for a collective sacrifice. It’s going to involve pain and we must communicate to the rest of the country that we will also bear the pain and share the pain with them. Jerry Rawlings was a master of that…” Boakye Agyarko told Asempa Fm.

Ghana’s inflation rate climbed to the highest level in more than 18 years in April, underscoring the dilemma the central bank faces in trying to balance its efforts to stop intolerable price growth persisting and boosting the economy.