The Municipal Education Directorate in a statement said the publication is totally false as, since its inception, it has not engaged colleges of Education to post teacher trainees into any of its schools.

The statement further explained that teacher trainees are posted within their home regions, posted to schools in districts within their Region of studies, and are mostly sent to schools that lack trained teachers but Asokore Mampong does not have such challenge.

The education directorate noted that it has eight M/A schools under it, all of which are headed by males except Aboabo M/A JHS which is headed by a female who is far advanced in age and is due for retirement in 2023.

The directorate further said it has records to prove the reduction of teenage pregnancy in its schools as the Girls’ Education Unit has over the past three years recorded lower number of pregnant school girls in schools in the municipality. 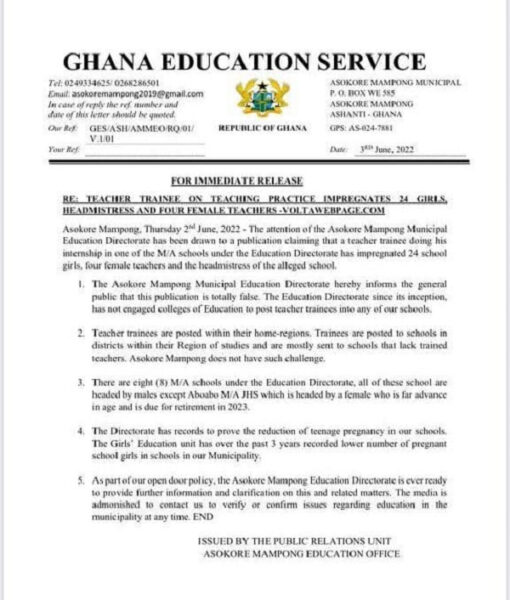 Keep schools open despite strike by teachers – GES to headmasters