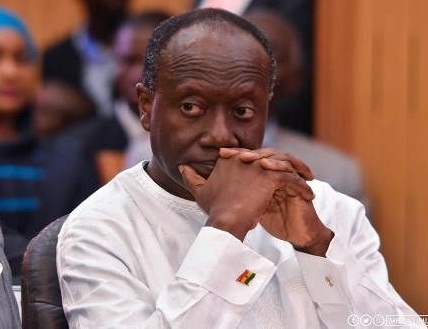 Parliament has frozen all businesses emanating from the Ministry of Finance until further notice.

The move follows failure of the Sector Minister, Ken Ofori-Atta to appear before the house to render accounts of COVID-19 expenditure.

The Minister who was billed to brief the house and answer 16 questions from MPs including 4 on rising fuel prices requested postponement of the engagement to next week Wednesday.

Addressing the matter on the floor Minority Leader Haruna Iddrisu prayed the house to discard every business standing in the name of the ministry including a total of over one billion dollars (two separate loan agreements) currently before parliament.

The Tamale South MP accused the Finance Minister of disrespecting the legislature in his failure to account for the over 19 billion cedis approved by the house to tackle the pandemic.

The Suame MP disagreed the house must wash its hands off the business of the Finance Minister untill he avails himself to offer accountability on COVID-19 funds.

Speaker consequently ordered for all businesses emanating from the ministry to be frozen until Ken Ofori-Atta appears before the house to account for the COVID money.

Speaking to Starr News Sagnerigu MP and Minority Spokesperson on Communications, ABA Fuseini accused the Finance Minister of running away from accountability.

According to him the revelation by an NPP executive in the Northern Region Felicia Tetteh on how COVID funds were used for the 2020 elections explains why the minister is finding it difficult to account for the funds.