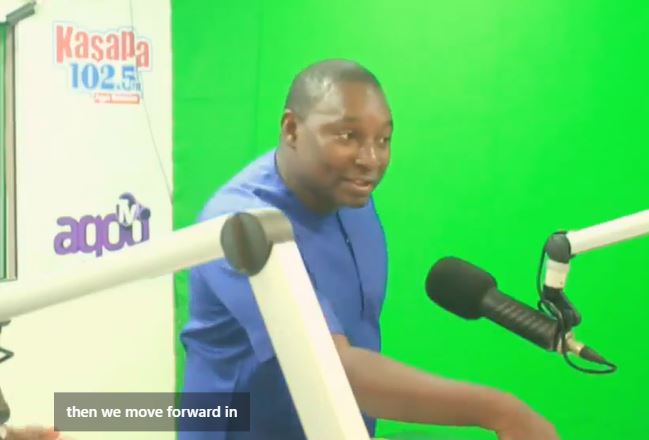 A member of the Communications Team of the New Patriotic Party, Solomon Owusu has described the request by five NDC party MPs for a bi-partisan committee to review processes adopted by the Electoral Commission in the 2020 election as a waste of everybody’s time.

The Minority MPs also want the Committee to inquire whether the Electoral Commission introduced ballot papers that were pre-thumb-printed and bore the stamp of the commission into the system.

Among other things, the committee is expected to establish the cause of the disturbances and electoral violence associated with the election.

The committee is also to investigate the alleged procurement breaches in the Thales contract for the Biometric Verification Devices.

But speaking on Ghana Kasa show on Kasapa FM/Agoo TV Wednesday, Solomon Owusu slammed the NDC over this move saying there are more pressing issues militating against the growth of the country that must agitate their minds and for which they must seek solutions.

“One of our problems as Ghanaians is the fact that we don’t like to talk about the things that negatively affect us, we rather spend time on unnecessary things. Today, diesel is being sold for 12.4 a litre which is collapsing transport businesses, the Governor of the Bank of Ghana has increased the base rate which has resulted in an increase in interest rates, businesses are collapsing and the NDC MPs are not concerned about that,” he asked?

“The NDC after the 2020 elections complained of some constitutional and operational breaches by the EC, the law gives them the room to take such matters to the Supreme Court but what did the NDC do about those issues? After the Supreme Court judgment on the election petition, the EC invited all parties who had issues with the conduct of the elections to submit their concerns in a bid to improve the electoral processes, but the NDC said it does not trust the current EC and so did not make any contribution. It is just recently that I’ve heard that they’ve put down some points. All the NDC wants to do is to embarrass the EC when they can use their time profitably to develop the country. There are more serious issues that must agitate the minds of the NDC MPs. The truth of the matter is that the NDC is more concerned about how to win the election and not how to govern the country well,” Solomon Owusu added.