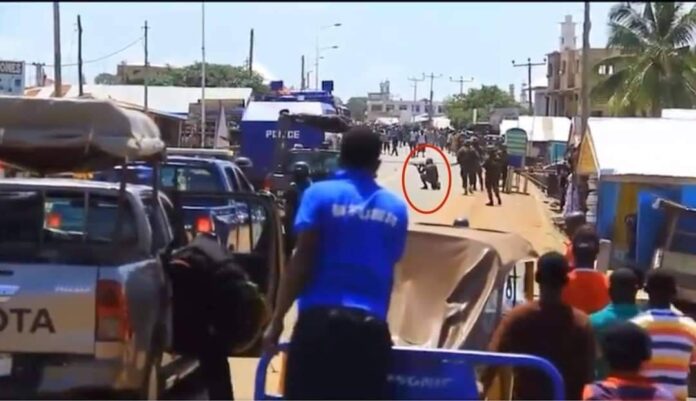 The Member of parliament(MP) for Ejura Sekyeredumase, Bawa Braimah has accused the police and the municipal Assembly of creating unnecessary tension with an injunction against the organisation of Islamic prayers for victims of killings by security personnel in the community.

Families of Kaaka and others who were killed by a team of military personnel had planned to offer Islamic Prayers for souls of the departed in commemoration of the first anniversary.

The police through the Municipal Security Council however secured an injunction against the exercise citing security reasons.

But speaking to Kasapa News the MP for the area argued the move by the police has rather exacerbated the already fluid security situation in the constituency questioning why the police would rather not provide enough security for the program.

“I reject that explanation because are you trying to tell us that all that Adua’s that have been held in Ejura resulted in chaos? In the heat of the killings when tempers were high, even those times prayers were said and nothing happened…not now that the pain has faded away and they just want to pray for the souls of the departed. I believe that if they had been allowed to pray for the soul of the departed, it also goes a long way to comfort them and know that their dead relatives are in the bosom of Allah.

“…If they had intelligence that the performance of that Adua was going to pose a security threat, the best thing they could have done was to provide enough security to allow the victims’ parents to observe the prayers without any heat. In that case, we’ll be saying that they are promoting peace. But for now what they have done is to create uneasy calm in the community.”

Meanwhile, the MP has berated the government for failing to implement the recommendation of the Justice George Koomson report which asked for compensation to be paid to the injured as well as families of the deceased.

He further demanded answers from interior Minister Ambrose Dery on actions taken against the military personnel indicted by the report.