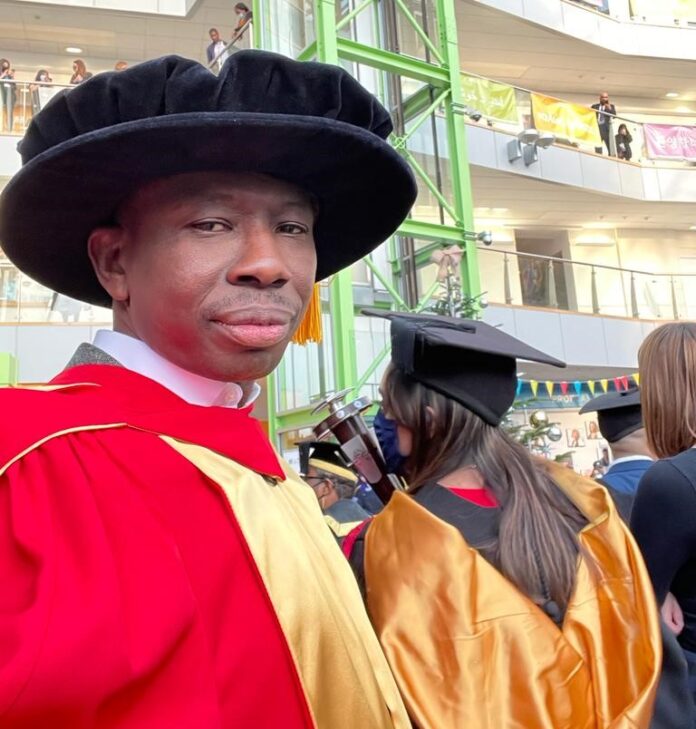 At a meeting with some New Patriotic Party (NPP) delegates in the Upper East Region, Dr. Asante Yeboah, a surrogate of John Boadu’s re-election, erroneously remarked, and was reported by peacefmonline.com that: “It will be suicidal for the NPP to change all of its National Executives in the name of elections where most of the positions would be filled with new faces.”

Considering the fact that this statement is purpotedly coming from someone who is supposed to be sharp-witted, it is deemed unfortunate and inappropriate, to say the least.

I wonder in disbelief as to how, considering the Party’s poor performance in the last parliamentary elections which many attribute to the mismanagement of its internal affairs by John Boadu, Dr. Yeboah could gloss over this critical concern and continue to trumpet and interpret John Boadu’s close to three decades stay at the party’s Headquarters as an incredible experience and achievement, and for which reason, delegates should endorse and confirm his re-election.

It is, indeed, disheartening for a learned and a research fellow such as Dr. Asante Yeboah, a Deputy National Communications Director of the New Patriotic Party (NPP) and the CEO of the Public Servants Housing Loan Scheme, could associate himself with, and in fact, promulgate the “experience bait” if not for his selfish gains.

It is further reported that at the said meeting Dr. Asante Yeboah noted that, “There is no time for the NPP to change a *winning and a result-oriented person* like the curent General Secretary for *an alien* or inexperienced person to take over the position.” I do not only find his assertion inappropriate but also lack of academic or scholarly reasoning.

These inappropriate and selfish assertions by the Deputy National Communications Director of the party tend to devitalize, impair, and water down the argument, the substance, and the entire campaign message of John Boadu.

I am wondering the alien among the aspirants Dr. Yeboah is making reference to. It is surprising for a learned person in the like of Dr. Richard Asante Yeboah to describe Honorable Opare Ansah, a three-term MP; Charles Bissue, a former Western Regional Secretary and a presidential staffer; Musah Superior, a former Metropolitan Chief Executive and a Deputy Chief Executive; Lawyer Justin Frimpong Kodua a former Ashanti Regional Youth Organizer and currently the Chief Executive Officer of the Youth Employment Agency as aliens in the NPP. Dr. Yeboah failed to acknowledge the contributions of the aforementioned aspirants to our great party.

It is important for Dr. Yeboah to rather draw the correlation between *competence and experience.*

I wish to remind Dr. Yeboah that, COMPETENCE* is the ability to do something efficiently and successfully whilst *EXPERIENCE* simply marks the time one has been doing a particular thing. Again, he and his like-minded individuals should be reminded that *Experience* is not synonymous with *Expertise*. They should also agree that *Experience* is *NOT* the same as *Competence* and therefore does not necessarily bring about high performance.

Nonetheless, granted that we want to equate *Experience* to *Competence*, what prior experience of party administration did John Boadu have before his appointment as Acting General Secretary in 2015? Maybe, he needs to be reminded that he had come from the position of an organizer with no expertise in managing a state or a corporate organization at the time. Is it not ridiculous how JB with his supporters claim that the NPP’s 169 parliamentary victory in the 2016 elections was the results of his efforts and hard work. How on earth could anyone imagine that JB is more experienced in administrative work than the likes of Honorable Opare Ansah, Charles Bissue, Musah Superior, and Lawyer Justin Frimpong Kodua, who apart from serving the party at various levels and in different capacities, have had years of experience managing state agencies.

How could someone in an acting capacity barely two years to General Elections, attribute the party’s electoral success to his “adwenk3se3” and “supernatural powers” when that same person in a substantive position as General Secretary for four years failed miserably to preserve the gains he claims to have made in the previous elections?
Is it the same person Dr. Yeboah is proclaiming as the party’s “indispensable winning magician?

The deficiencies of John Boadu are glaring to all like-minded and objective party faithfuls and sympathizers.

Clearly, the party needs a new face, fresh ideas, and increased momentum to break the eight. And this does not call for the “formation of a new party” as Dr. Asante Yeboah insinuates. NPP is only injecting fresh breath and new energy in the party which is very necessary and crucial at this time to ensure total victory in 2024.

NPP needs a grassroots mobilizer, and a field Marshall to help break the 8-year political jinx.

NB. Views expressed by the author are entirely his, and do not represent the position of Kasapafmonline.com