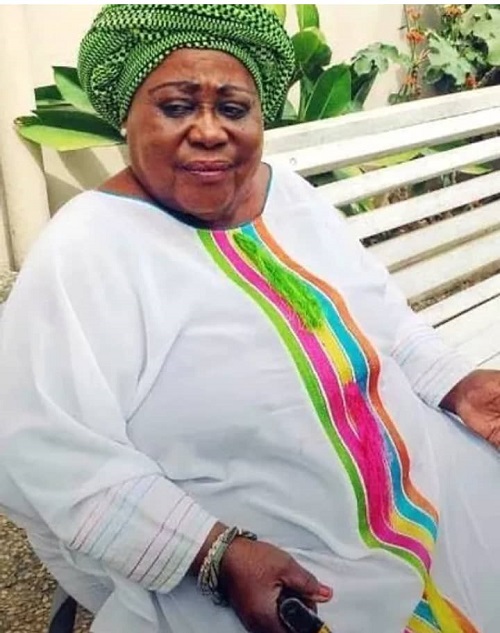 The Mortal remains of the Former First Lady Mrs. Emily Akuffo will be going home this weekend on the 2nd of July in Akropong Akwapim.

The late former First Lady, Mrs. Emily Akuffo was the wife of the late Gen F W K Akuffo. Emily Akuffo, widely known as Ceci Amma Oduraa passed on at the age of 88 on Friday, April 8, 2022.

Mrs. Emily’s husband Gen. Akuffo was Head of State and Chairman of the Supreme Military Council in Ghana from 1978 until his overthrow by Jerry John Rawlings on June 4, 1979, and was executed at the Military Shooting Range in Teshie along with other senior military officers on June 26 that same year.

Mrs. Emily Akuffo was the First Lady of Ghana during that period.

Following the execution of her husband, Mrs. Akuffo spent the rest of her years at Akropong in the Eastern Region quietly. She was a teacher by profession and was a humble woman of substance who left an indelible impression on many young women/men in Ghana. 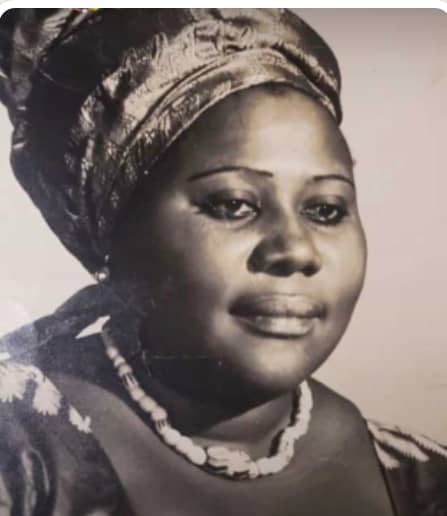 The late Amma Oduraa was from the Nketiaa /Adum family of Akropong Akwapim and the Anum Royal family of Anum Nkwekubiew. The Humanitarian actions of late Emily Akuffo are the visible effects of her deep commitment to improving the human condition, especially the generosity of a woman attentive to the vulnerabilities and pain of humanity. She is a woman who has got strength, vision, and foresight. She was highly innovative and never slacked in pursuing her mission of fulfilling her set goals. She was a very good example of the woman in Proverbs 31:10-30. She was known to be a woman of virtue and modesty who was the strength behind her late husband, former President of Ghana F W k Akuffo. Fondly named ‘Ceci Amma Oduraa’. She was a loving mother and a devoted trained Presbyterian wife who wanted very much to live an ordinary life,

There are two types of people who populate Ghana, those who make themselves and those who make history. History-making individuals are rare to come by. That is what Mrs. Emily Akuffo Stood For. They are dominated by the desire to fulfill a noble goal. They think less about personal comforts. They reflect more on the common goal. Profit in worldly pursuits does not appeal to them. She embraced everybody.

The moment I received the news of her ascendance, my world caved in. My heart was torn into two, one was filled with heartache and pain, and the other died with you. Sleep still eludes me.

I am however honored and delighted to be able to share a few words about this great and profoundly good woman who is not only a former First Lady of Ghana but also a great patriot and nationalist and an outstanding elder stateswoman.

Ghana has Lost an Epitome of Integrity, late Emily Akuffu – was an “icon of transparency and an epitome of integrity who lived an incorruptible life.” 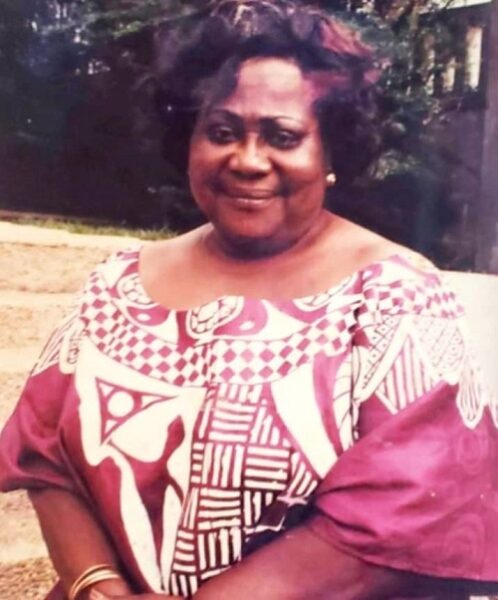 Mama, you demonstrated passion for unity, “Indeed we’ve lost a great woman, a patriot, and a shining star.

The people of Akropong will tell you she is one of those that has stood firmly on her principles, displayed great fidelity and commitment to her cause, and shown that there are women of courage that are consistent, true to their word, and loyal to their Maker.

There are very few women in this category. Some come like a comet, only to fizzle out like the foam from a detergent, some like a temporary whirlwind, Ceci Amma Oduruaa.

I keep awake at nights when the world is fast asleep, through the stillness of the dark; alone I take a walk down memory lane with tear-filled in my eyes When my late mother Sussana Obeng Darko her maternal Cousin passed on she took me as a son consistently guiding my path and shaped me the more. OKuapeman will miss you. It would be the greatest ever story told of a kind and warm-hearted woman, a loving, caring and consummate professional who had a generous heart of gold. Diction fails in providing the right words that would correctly describe your sterling qualities.

I could write a million pages yet unable to say just how much you gave yourself, your love, your resources, your everything; how dedicated you were to care for your children and others around you to the admiration of all.

You have left behind a legacy of a detribalized Mother, and a soil that was fertile enough to grow trees whose shade you would never enjoy.

I always say Society sets certain standards by which people are measured and it is the conviction of every Ghanaian that if the nation cannot bequeath anything to Ghanaians at all, it must at least bequeath to them, a Ghanaian with a high sense of morality, uprightness, and humility. That was Mrs. Emily Akuffo. Your demise is a great loss not only to the people of Okuapeman but to the entire nation. Ghana has Lost an Educational Compass’ “Train up a child in the way he should go: and when he is old, he will not depart from it.” She trained as a teacher and impacted a lot of knowledge into the future generation.

Mama, you have fought a good fight and have run the full course of the race as far as Education in Ghana is concerned.

Your soul would be delighted that, what you sought to achieve in life was accomplished – an achievement evidenced by the number of persons who mentored and tutored you. following your path as an educationist and a mother. Notably, your children; Barbara, Henry, Sylvia, and Fred, and all other students you shepherded as a teacher and a mother say thank you Da Yie Maa.

Your contribution to the educational development of this country is inscribed on marble,  and available for generations yet unborn to admire.

Ceci Amma Oduraa, yòu were role a model who inspired many to rethink their nonchalance about education at a time when it was not a fashionable and attractive pastime to many, especially among parents.

I personally reinvigorate together with others when the name of Mrs. Emily Akuffo is mentioned. You were full of Smile consistently. A Royal of the Nketiaa /Adum / families of Akropong and Anum Nkorkubiew Royal Family.

She was one of the trailblazers who had impacted positively on the lives of many internally and beyond the shores of Ghana, being an educationist and a mother, she always had time for the youth and advised them to have excellent results, live morally upright lives and contribute meaningfully to the development of Ghana. She was also an advocate for the respect for Traditions and customs. “Amane ne Amamree” I write this to attest to her Leadership’, in recognition of the principles of discipline, commitment, truth, and service that I have benefited from as a Journalist.

When word spread about your demise, I was soaked in disbelief because I recently visited you although your health was failing. Ceci Amma Oduraa was an example of a good and disciplined teacher who motivated others.

Excellence was her hallmark and had a common personality trait of a good mother who pivoted on Trustworthy, Confidence, Intuition, and proactiveness.

She is resting in the bosom of her Maker – a transition which amplifies the dictum ‘to dust thou shall return’. Man proposes but his Maker disposes.

She served well. She has served her nation and humanity so let’s celebrate her.