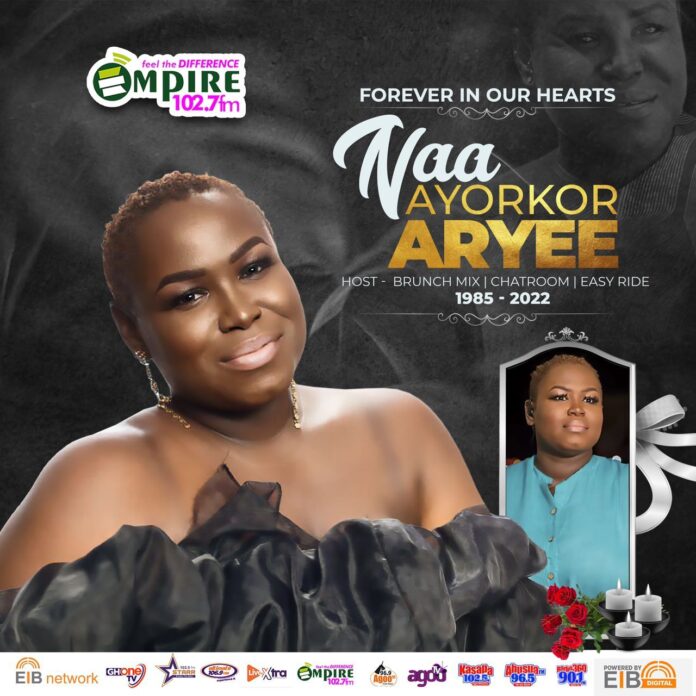 The outpouring of tributes for the late Shonda Naa Ayorkor has been nothing short of overwhelming as numerous friends, colleagues and sympathizers troop in to pay their respects to sign the book of condolences for her at Empire Fm.

Often described in life as bubbly and a go-getter, the tremendous outpouring of sympathies can only be seen as spontaneous.

To honour the memory and legacy of Naa Ayorkor, the management of EIB, Western Region will put together a candle-lit vigil night on Sunday from 7:00 pm to 9:00 pm at the forecourt of the Empire FM premises.

The late Shonda Naa Ayorkor Aryee was the host of Brunch Mix on Empire Fm, she also hosted the late night show ChatRoom on Thursdays, and on Sundays, the relaxed music show Easy Ride.

She passed on, Monday morning, May 30, 2022, at Effia Nkwanta Regional Hospital, after complaints of ill health over the weekend.