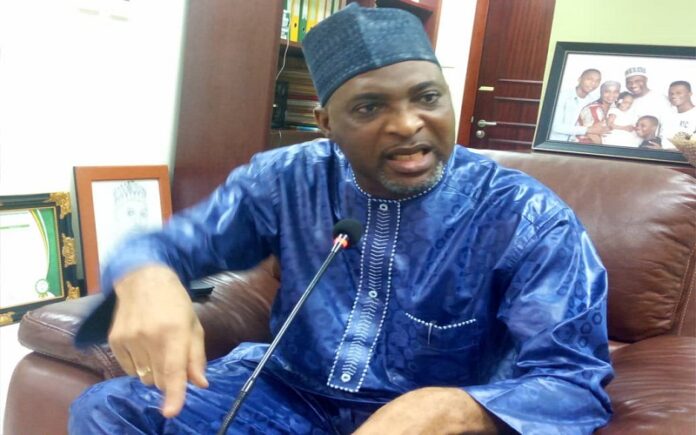 The Minority in Parliament has threatened to block every government business in protest of the delay in the passage of the Proper Human Sexual Rights and Ghanaian Family Values Bill (anti-LGBT Bill).

The National Democratic Congress(NDC) MPs are accusing the Chairman of the Constitutional, Legal, and Parliamentary Affairs Committee Anyimadu Antwi of deliberately delaying the laying process toward passage of the bill.

Speaking on the floor Asawase MP and minority Chief Whip Muntaka Mubarak said the delay is unconscionable and against the 1992 constitution.

Muntaka forcefully warned no bill from the executive will be allowed to go through if the committee does not conclude its work and present a report to the plenary.

Chairman of the Committee, Anyimadu Antwi however rejected the allegations of the NDC MPs.

According to him, the Committee having finished with the public hearings is now holding a closed-door hearing before putting together a report.

Deputy majority leader Alexander Afenyo-Markin questioned why the minority has singled out the chairman of the committee for an attack.

2nd Deputy Speaker, Andrew Asiamah consequently directed the leadership of Parliament to engage the committee to find out the status of the process by next week and report to the house.