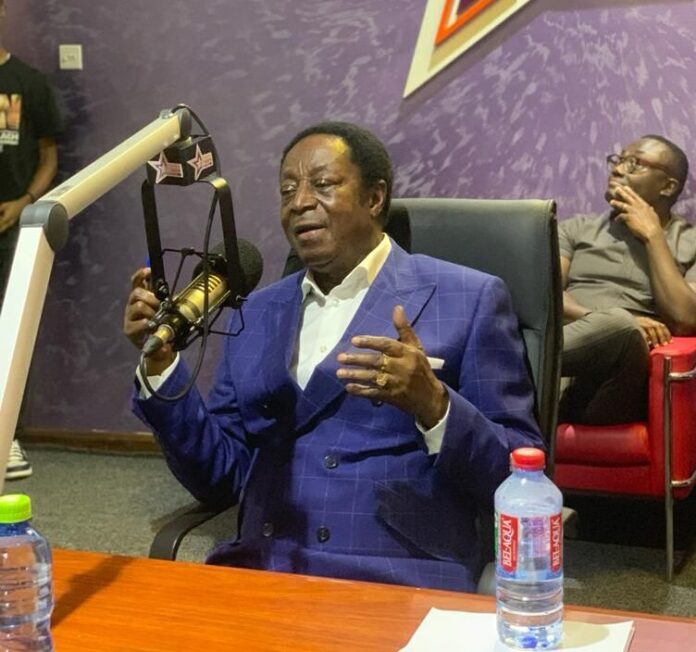 Former Finance Minister, Dr. Kwabena Duffuor has said during his period under late Prof. Mills’ government the country never went out for a $1 Eurobond.

According to him, Prof. Mills’ government prioritized domestic resource mobilization and was the meaningful pathway to growing the economy for them.

“Yes, our performance has been the best in recent years because we had a strong team and we were very committed.

“He[Prof. Mills] will tell me Kwabena if you don’t have revenue you have no government. Almost every month we’ll meet. Remember we rushed to Customs one morning. He called me early in the morning and he said Kwabena we’re going to Customs today, park your car, sit in my car, let’s go…revenue meant so much to him. If you can’t grow your revenue you cannot manage your economy? How do you pay your bills if you have no revenue? I kept on saying there was no substitute for domestic resource mobilization. During our period we never went out for $1 Eurobond. No! We didn’t want it. We thought we could mobilize revenue from domestic sources.” he told host Nana Aba Anamoah on Starr Chat Wednesday.

Meanwhile, the former Governor of the Bank of Ghana has urged government to consider going to the International Monetary Fund (IMF) for a bailout but adds it must be negotiated well.

The opposition National Democratic Congress had advised the government to go to the IMF in order to salvage the economy from collapse rather than banking on its hopes on the Electronic Transfer Levy (E-levy).

Government has however rejected the suggestion.

But speaking on Starr Chat Wednesday, Dr. Duffuor reiterated the need for the government to act fast with the IMF option before the economy gets worse.

“There is no problem with the IMF program and unemployment has come down. The fear is that if we get to the IMF program they will not let us employ citizens. But this depends on what you negotiate, we were employing people in the health sector and the education sector.

“Otherwise, unemployment could not have dropped to 2.2, otherwise the cedi could not have been so stable for over four year period and our economy could not have grown so high. The GDP was first class,” Mr. Duffuor disclosed.

Investors ‘fall over each other’ for Ghana bonds