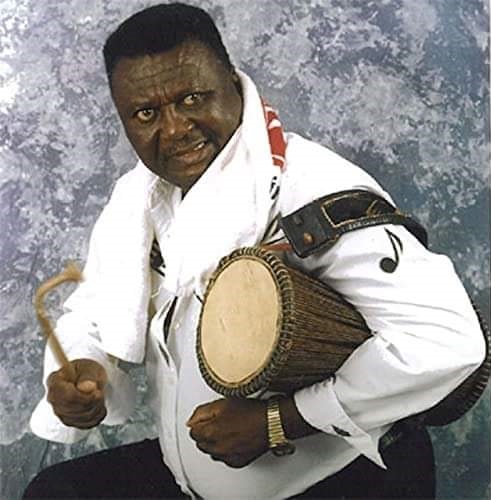 Highlife music legend Alfred Benjamin Crentsil popularly known as AB Crentsil has passed away at the age of 79 years.

The celebrated musician according to close associates had been sick for some time now.

Sound Engineer, Fred Kyei Mensah aka Fredyma on Wednesday, July 13, 2022, took to his Facebook wall to mourn the demise of the award-winning musician.

“FAREWELL AB CRENSTIL. The original composer and singer of the famous and controversial songs, ‘Moses and Atia’, AB Crenstil, has died! He had a stint with a lot of bands before joining the Sweet Talks Band with Smart Nkansah and then his own band. Ahenfo. His hit songs. ‘Juliana and Obi ba wiase’, cannot be forgotten,” Fredyma wrote.

Alfred Benjamin “A. B.” Crentsil was born in 1943. He is one of the “big three” of contemporary Ghanaian vocalists.

Some of his songs are I Go Pay You Tomorrow, Papa Samo, Moses, Juliana, Atia, Angelina, Ayen, Devil, Adwoa, Adam & Eve, and many others.