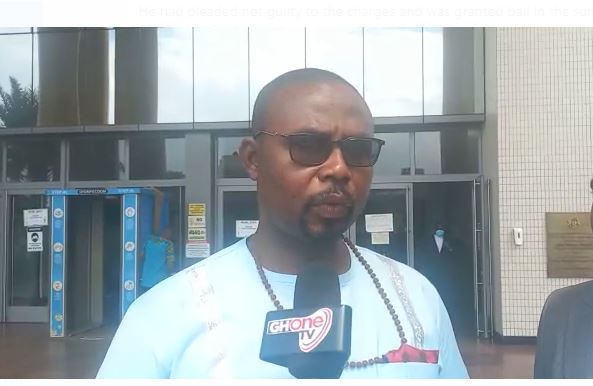 There were tears of joy as emotions got the better part of Member of Parliament (MP) for Twifo Atti-Morkwa after he was acquitted and discharged by the High Court in Accra.

David Vondee, the MP, was acquitted and discharged of two charges to wit; defrauding by false pretense and money laundering.

The emotional-looking MP remarked to his lawyer, “counsel, I am free forever,” making his lawyer wonder if he was Dr. Kwame Nkrumah.

Ruling on his submission of no case to answer in court on Friday, July 1, the court presided over by Her Ladyship Justice Mary Maame Ekue Yanzuh said, the charges were not proven.

Moments after the court said, “you are acquitted and discharged,” the legislator broke down in tears in the docket.

EIB Network’s Court Correspondent Murtala Inusah reports that the full judgment of the court would be ready by the close of today.

Lawyers of the legislator filed a motion for submission of no case to answer after prosecution had closed its case.

The MP was arraigned and charged by the Attorney General Department with two counts of allegedly defrauding a private company of $2.4 million and money laundering between August 2015 and July 2016.

He had pleaded not guilty to the charges and was granted bail in the sum of GHc2m in May last year and was to produce two sureties both of whom were to be justified.