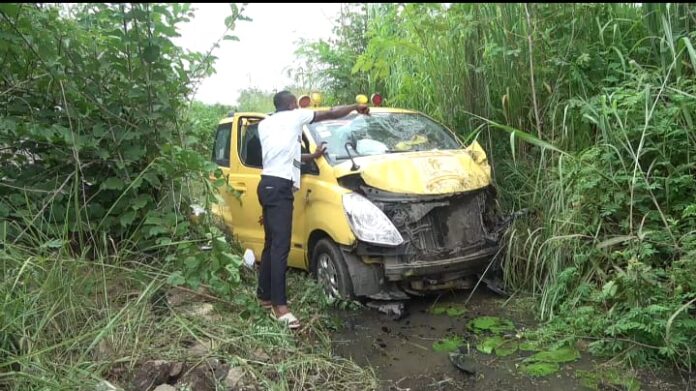 Five persons are severely injured and receiving Treatment at Winneba Trauma and Specialist Hospital after a GMC private car collided with a Toyota Hiace bus transporting food items from Accra to Ajumako Mando Senior High School in the Central Region.

The accident occured at Gomoa Okyereko on the Kasoa Cape-Coast on Monday July 4, 2022. 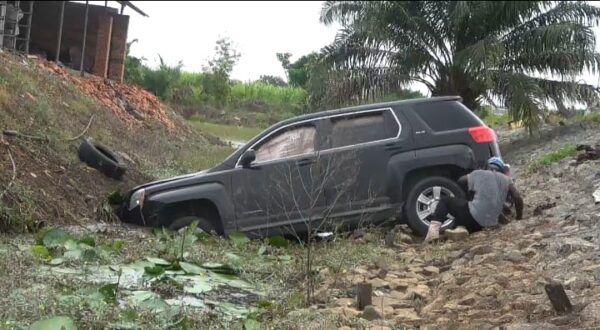 Reports gathered by EIB Network Central Regional Correspondent Yaw Boagyan indicates that, the driver of the GMC 4×4 car from Cape Coast Direction to Kasoa was sleeping and collided with the Toyota mini bus which was transporting food items such as bags of rice, tins of milk, gallons of oil, bags of suger, tin fish, eggs, bags of gari among others. 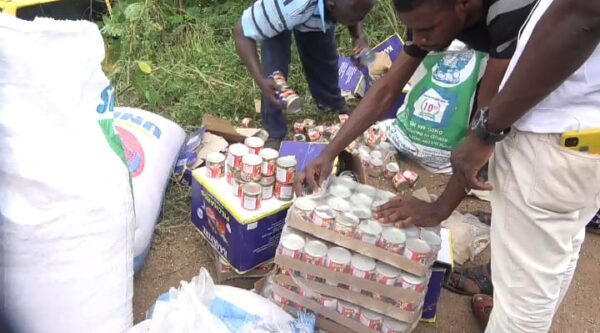 Five persons who sustained injuries have been referred to Winneba Trauma and Specialist Hospital for treatment.

The case has been reported to the Gomoa Okyereko police command for an investigation.