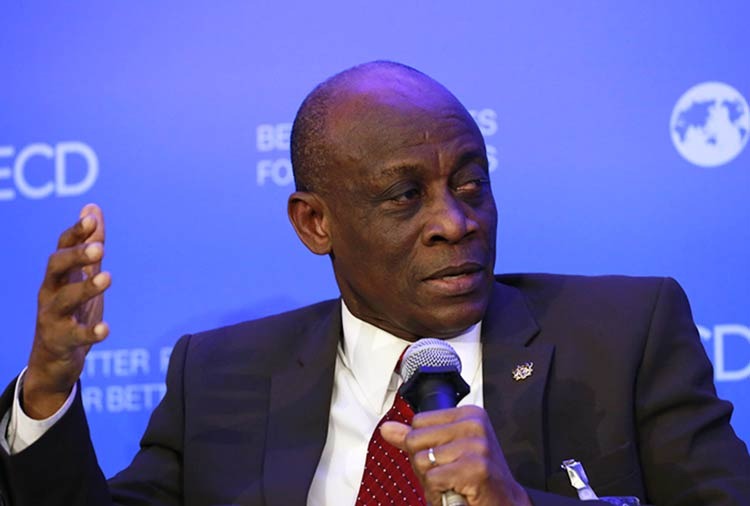 This, he said, is because collateralising inflows allows for the revenue to be spent upfront and could pose a real challenge for future governments since it blocks access until collateralisation is over.

Speaking at the inaugural launch of a policy think-tank, Think Progress Ghana, dubbed ‘Ghana’s debt-burden: reflections and solutions to finance development’, Mr. Terkper cited that the Energy Sector Levy (ESLA) has been collateralised by the current government, which he argues has made it impossible to be removed from the fuel prices build-up amid rising petroleum prices.

“ESLA was supposed to last three to five years, which means that it should have gone off in 2020. Were we right in saying that we could have taken it off in 2020? As of 2021, ESLA has brought actual cash of GH¢23billion.

“If it were not collateralised, the cash flow would have been sufficient. Could ELSA have provided the amount of money to capitalise the bank as was done in the US and other places? The answer is yes. The record is there from the ESLA report itself. So, we had the solution,” the former finance minister said, elaborating on how some revenue sources could come in handy during trying times.

“Another interesting one is the Price Stabilisation and Recovery Levy. This was what we started using to settle subsidies in the energy sector and the rest. It was collateralised – and that is why, today, there is no subsidy for fuel. Because it was collateralised, the money was taken upfront,” he added.

Building adequate buffers for the economy

Mr. Terkper stressed the need to build adequate buffers that are capable of cushioning the economy against the devastating effects of crisis, as is vividly being realised in view of COVID-19 and also the Russia-Ukraine war.

He insisted that building home-grown buffers or falling back on efficient ones the country once had is the only way to wean the economy off International Monetary Fund programmes.

“The only way you can avoid an IMF programme is to build your buffers. The key one is the Stabilisation Fund, and you also do a Debt Management and Contingency Fund.

“There will always be a crisis. It can be a minor crisis or a major one, but you cannot manage any economy for three to four years without one crisis or another. Whether it is drought causing a shortage in agricultural produce or a global financial crisis and what have you, so you have to prepare when the times are good,” he said.

Economy grows at 3.3% in Q1; lowest growth since recovery from COVID

Ghana’s economy not in a good place – Boakye Agyarko