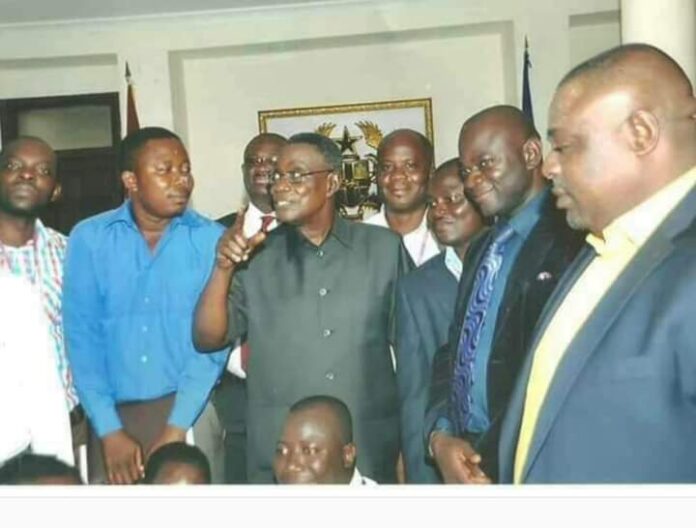 The Late President John Evans Atta Mills was a patriot, a selfless leader, and a peacemaker who governed Ghana with “sincerity and passion for the people.

Late President Mills is no longer with us today, but his strides in public life continue to testify for him and keep his memory alive ten years on.
Today we can look back and say, as President he won laurels for us in terms of peace and other worthy causes he successfully pursued.”

Late President Mills was a ”sayer of truth, who was committed to justice, equity and other democratic virtues.”

He was a servant leader and a good man; the type that is hard to find. We remember you today Prof and will continue to remember the good works that you did in our nation.

Late Mills was sworn in as Ghana’s President in 2009 7th January but died in 2012 before he finished his tenure. His deputy, H.E John Mahama took over the leadership of the country after his death.

Yes, Sir. It’s Been 10 Years, since the demise of an Unforgettable Boss and Friend. We knew how your Ministers were never late to Cabinet Meetings. No minister dared come in late, except, of course, he or she was on a presidential errand – and which is, very rare. In any case, such a minister could actually be excused. Although out of our sight, his legacies live with us and his memory we will continue to cherish. You were time conscious. We learnt a lot from you. You valued time in terms of quality and not quantity in all your daily assignments. 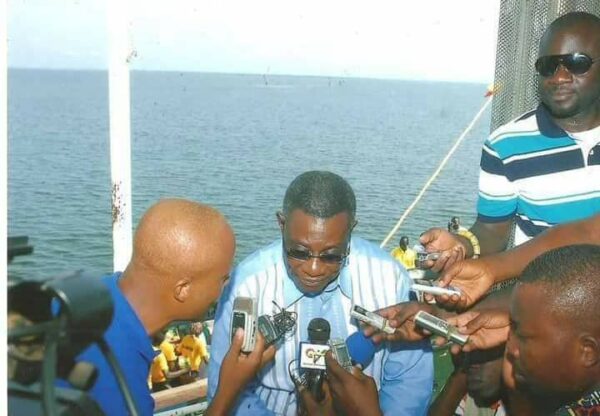 You will always be remembered as a peacemaker, nation builder, and democrat whose timeline was defined by virtues of service, peace, truth, and love. You hated sycophantic attitude. You were unarguably a patriot because of your passion for the masses and your reversal of policies that you believed were hurting ordinary Ghanaians. More also, you were interested in lifting up your people from the quagmire of poverty.

Every leader should be given the credit that he deserves, whether you agree with President Mills politically or not, I must say that history will always record his honest and sincere service to the country of Ghana.

Let us emulate his patience and gentle nature so that we don’t introduce toxicity into our politics where opponents perceive each other as enemies.
It is exactly 10 years ago since you bid us goodbye but it is just like yesterday. Your selflessness, patriotism, integrity, and legacies make your memory stiĺl indelible in our hearts. Your advice to the Press Corps has been a guiding step. The English playwright William Shakespeare declared that “there are many events in the womb of time.” In the Book of Ecclesiastes, we are reminded that there is a time and a season for everything: a time to be born and a time to die; a time to laugh and a time to weep; a time to meet and a time to part. The late President’s life was packed full of accomplishments. Born into the highly cultured Fanti people of Ghana, he attended the famous Achimota College where he was a star pupil.He later studied law at the University of Ghana, Legon. He did post-graduate studies at the London School of Economics and Political Science, completing a doctorate in Taxation and Law at the School of Oriental and African Studies of the University of London. The late President Mills was an accomplished law teacher at the University of Ghana and held visiting professorships at Stanford, Temple, and Leiden. As an intellectual and an activist he would long be remembered for the deep sense of integrity, passion, and patriotism that infused everything he ever undertook. He was indeed a model of what Osagyefo Kwame Nkrumah described as ‘the African Personality’.

It is easily forgotten that, apart from his academic and political career, the late President Atta Mills was also a consummate public servant. From 1986 to 1996, he was Commissioner of the Ghana Revenue Service, at a time when the country was undergoing a major social shake-up as well as restructuring of its economic fundamentals. It is to his credit that the Ghana Revenue Authority is today one of the best-performing public institutions. Political Science makes it clear that there is a strong correlation between taxation and democracy.
He never compromised on his principle of keeping a clean moral character and led a regimented way of protecting his name.

That is why he issued an executive fiat to protect his name when he ordered thus: “Arrest anybody who ‘trades’ in my name”. President Mills was very much aware of the use and misuse of names of public officials for mischief. He would have none of it, and declared:
“There are people who come here throwing their weight around; dropping names of so-called higher-ups. I have General Mordey and I am telling you, if anybody comes here with the president’s name, the first thing you should do is to arrest that person,” late President Mills said.

He made the Airport security do a body check on him when he was traveling outside Ghana in order to deter other officials from messing up if any. He insulated himself from political miscreants who were using his name for mischief and, at worst, committing a plain crime. Such people must be flushed out immediately! The late President John Mills had said that on several occasions, not least, when he repeated forcefully during his visit to the Tema harbour where he publicly charged the customs officers at the port to arrest anybody who used his name to transact business. We should remember that the late president Mills knew that, in politics, you can have the angel and the devil by your side at the same time. So he had to do the disclaimer publicly so that Ghanaians would be aware of those throwing his name around. He did so because the country was being denied due revenue by corrupt officials who colluded with private companies and individuals to under-declare the value of imports so as to evade tax. Some of them owe taxes to the state; others owe unpaid debts; others use the name of the presidency for lobbing for positions that they don’t deserve and are not qualified for; while others misuse the name of the presidency for scams. Some may claim family relationships to obtain political patronage. Yet, all these may turn out to be lies but sometimes they succeed in their act and go scot-free.

This, they do by putting fear in many public and civil servants and sometimes threatening members of security agencies that they can change their positions overnight. This they do by throwing the name of the President around. Some Ghanaian politicians invoke the name of the President for electoral lobbying and influence. President Mills, we knew was able to inject a breath of ‘Fresh Air’ into the country’s continuous transformation process within a considerable short period. This is manifested in the diverse socio-economic and political sectors of the country, notably, Health-Care, Agriculture, Power generation, Education, Works and Infrastructure, Housing, Roads, Communal Integration, Transportation, and the overall shape of the nation’s economy. All these sectors are now wearing a new look! You still remain focused on transforming Ghana. Many rational-thinking Ghanaians appreciate the fact that you were not only a visionary leader but that you were also a performing leader. Your performances are evident in job creation, power reforms, agricultural transformations, road construction, aviation, transportation, economic growth, education, water, pension reforms, oil industry reforms, electoral reforms, and ports reforms.The period between 2009 -2012, when President Evans Atta Mills was President of Ghana with Dr. Kwabena Duffuor as Finance Minister, when the country’s inflation rate remained in the single-digit brackets, as evidence that under an NDC government, the people of Ghana are always better off than under an NPP or any other government.