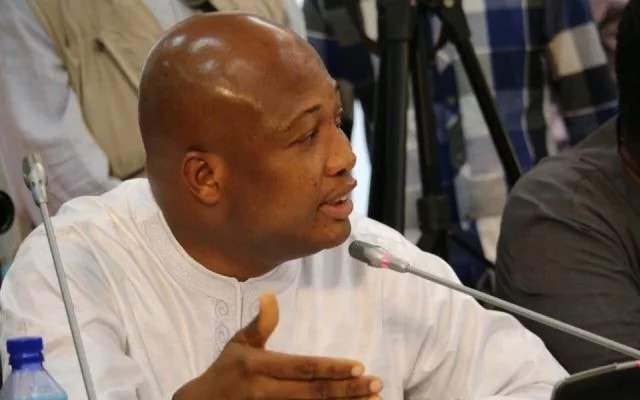 NDC Member of Parliament(MP) for North Tongu constituency and Minority Spokesperson on Foreign Affairs, Samuel Okudzeto Ablakwa says some trustees of the National Cathedral project may end up in prison in the near future.

According to him, there has been some procurement breaches with regards to the construction of the National Cathedral.

Speaking on Okay FM’s ‘Ade Akye Abia’ programme, he explained that per the Public Procurement Act 2003, Act 663, when public funds no matter how small it may be are being expended on a project, the procurement act rules must apply.

Trustees of the National Cathedral at a press conference addressed by the former Chairman of the Pentecost Church, Apostle Dr. Opoku Onyinah, explained that the cathedral had been registered since July 2019 as public company and so it is no longer a private initiative of the churches.

It is also instructive to note that Section 14(1)(a) of Act 663 makes clear that Ghana’s procurement laws apply once the project is financed in whole or in part from public funds.

“Section 14(2)(e) of the Public Procurement Act, 2003 (Act 663) is unambiguous that state owned enterprises to the extent that they utilise public funds are subject to Act 663.

“There is also no evidence that Finance Minister, Ken Ofori-Atta followed due process to make an exception as provided for under the law after my painstaking checks of all Gazette publications as demanded by Section 14(3) of Act 663,” Okudzeto Ablakwa said.

He explained further that, “when procurement laws are not respected and cronies are cherry-picked as in this instant case, there is no value for money, Ghana is shortchanged financially and technically; this therefore explains why the National Cathedral project cost has become a corrupt moving target from the initial US$100million to US$200miilion, then US$250million, rising to US$350million and now US$400million.”

” . . it is worthy to note that this Akufo-Addo government has prosecuted political opponents and succeeded in jailing some, and then serving as an elated conveyor belt in a conspiracy that removed an Electoral Commissioner from office, all for alleged procurement breaches, none of those procurement infractions measure up to this egregious transgression.

“The trustees of the National Cathedral like the revered man of God, my very own respected Eastwood Anaba and former Chairman of the Church of Pentecost Apostle Dr. Opoku Onyinah must all tread cautiously because some people have ended up in prison for violating these same procurement laws,” he cautioned.