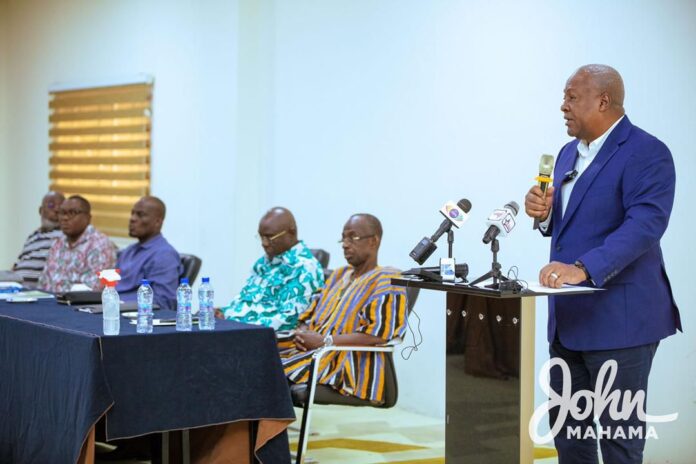 Former President John Dramani Mahama has reiterated the resolve of the NDC caucus in Parliament to block a one-billion loan facility by government if there is no clarity of the intended purpose and prudence of the facility.

The former leader insisted that until the terms are renegotiated to make them favourable and same captured in subsequent budgets, the NDC minority is unable to support the approval of the $250 million component.

“Our position on the $250 million component remains unchanged as such unfavorable terms as the $40 million insurance payment and total interest of over $ 80 million make it too expensive and inimical to the economic interest of Ghana,” Mr Mahama said at a Minority caucus workshop in the Volta region.

He warned that the economy is in a perilous state, hence decisions and policy choices made at this critical juncture should be guarded so as not to exacerbate the economic challenges of the country.

“We are in a massive hole, and we do not need further digging,” he added.

The Minority in Parliament has shot down a one-billion loan over what they describe as inconsistencies in the agreement by government.

According to the Minority, government must provide further details on the facility before any decision can be taken on the loan.