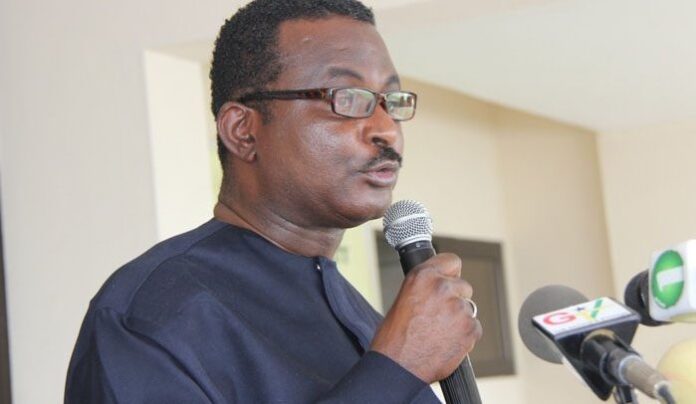 Kweku Ricketts-Hagan, a ranking member of the privileges committee of Parliament has said the seat of the MP for Dome-Kwabenya, Sarah Adwoa Safo has not been declared vacant.

This comes after reports suggested that the clerk of Parliament has been authorised to declare MP’s seat vacant after failing to appear before the privileges committee.

Addressing the media on Friday (15 July), Ricketts-Hagan said, “In the case of Adwoa Safo, we were not able to meet her. So the committee agreed not to make any decision on her and to refer the matter to the Speaker.”

“First and foremost, nobody in this Parliament apart from the Speaker has the right to declare anybody’s seat vacant. That was not the job given to us; our job was to hear the three colleagues and to find out whether there was a reasonable or legitimate reason why they didn’t come to Parliament and report to the Speaker,” Ricketts-Hagan added.

Meanwhile, a former MP for Kumbungu, Ras Mubarak in May asked Sarah Adwoa Safo to resign if she is incapacitated to serve her constituents as their MP.

Adwoa Safo has been under severe criticism for her continuous absence from Parliament with the Speaker of the House, Alban Bagbin denying media reports suggesting that he had granted her permission to absent herself.

He said: “I’m lost for words, to be honest. This is the most incredulous thing I’ve ever heard. It’s ridiculous, actually and to hold onto one position and give the excuse of family exigent.”

“If you’re [Adwoa Safo] unable to perform your duty as a public officer due to circumstances beyond your control, you resign. Because the public office is not anyone’s personal property for them to hold unto it when they’re ready to resume. It’s completely intolerable,” Mubarak said.