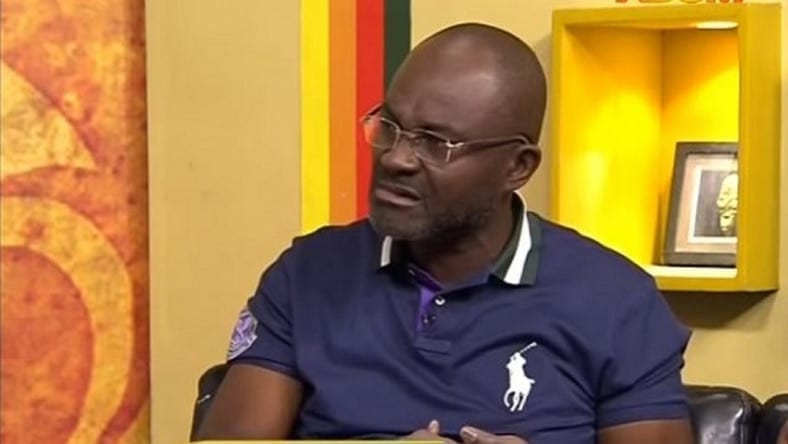 The Member of Parliament for Assin Central, Kennedy Agyapong has said the New Patriotic Party cannot win the 2024 elections with people leading the nation to the International Monetary Fund (IMF) for a financial bailout.

Speaking at an on-going NPP National Constituency Officers Welfare workshop at Koforidua in the Eastern Region Friday, Mr Agyapong expressed disgust about the move by the government to seek a bailout from the IMF.

Kennedy Agyapong said, going to the IMF is just like handing over power to the NDC straight away because of the noise NPP made accused NDC of Economic mismanagement.

“Going to the IMF is just like handing over power to the NDC straight away because of the noise we made. Throwing my own words back when I said the NDC went to the IMF because of the mismanagement of the economy or the government. So if NPP is going to IMF what am I going to say.

“So ‘breaking the 8’ is going to be tough. You cannot use the faces of those who took us to the IMF to ‘break the 8’. It will not work. My message to you is simple, you can read my lips and I am not scared of anybody in the party,” Mr. Agyapong disclosed.

He continued: “What I tell you is the gospel truth, those who took you to IMF they cannot, these same faces, they cannot ‘break the 8’. A word to a wise person is enough. I was very sad today when I saw the publication that we are going to the IMF.”

The Assin Central lawmaker in 2015 berated the Mahama government for taking the nation to IMF.

This follows a telephone conversation between the President and the IMF Managing Director, Miss Kristalina Georgieva, conveying Ghana’s decision to engage with the Fund.

Meanwhile, the decision has the full backing of Cabinet following a meeting held on June 30th, 2022.

The country’s last programme, an Extended Credit Facility with the Bretton Woods institution, ended on April 2, 2019.

The programme resulted in significant macroeconomic gains with rising growth, but four years down the line, the economy is gasping for breath.