WHAT’S IN A NAME?

On the face of it, the phrase “what’s in a name?” may sound rhetorical, but when the name assumes the status of a legal debate, then it is no longer a matter of rhetorical expression.

Two factions in the National Democratic Congress (NDC) – The John Evans Atta Mills Memorial Heritage faction and the Alex Segbefia-led faction respectively – are haggling over who has the legal right to use the name Mills Heritage. 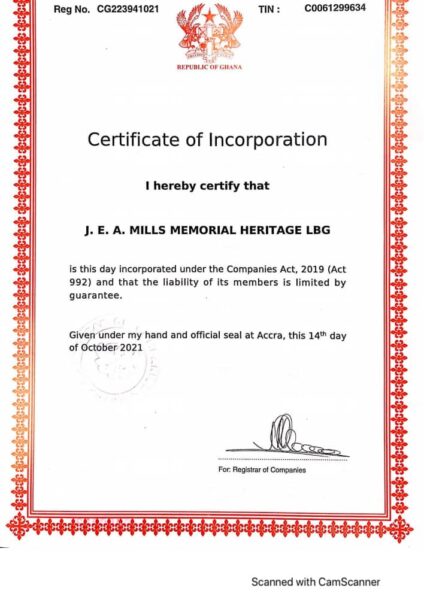 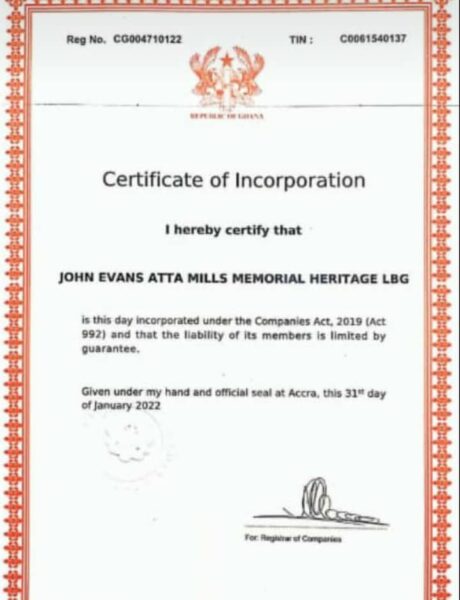 Ordinarily, this may look like mere semantics, but when the question of who is best suited to protect and project the late president’s legacy.

The “battle” over the use of the name has been raging the whole of the year, but it reached a crescendo when the Segbefia faction officially launched its foundation in early February 2022.

Now the other faction is raising the question of why the name was registered with just the initials for the late president because the initials J.E.A. could mean anything from Joseph (for the J), through Emmanuel (for the E), to Ato (for the A) in the name registered by the Segbefia faction.

As indicated above, this may sound just semantics but it has gone beyond that, and the legal dimension is now taking to the front burner, especially with the 10th-anniversary commemoration of the death of John Evans Attah Mills on the minds of Ghanaians.

The legitimacy of the two respective names is dominating the news agenda. For now, it’s only the Registrar General and Ghanaians who can decide.