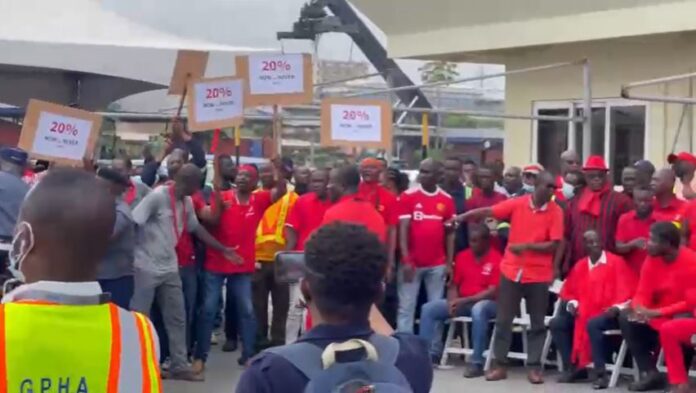 Aggrieved workers of the Ghana Ports and Harbours Authority (GPHA) have called off their industrial action effective Thursday, July, 14, 2022.

The irate staff demanded 20% control of containers at the ports for 10 years.

According to the workers, they agreed to call off the demonstration after the management of GPHA and Meridian Ports Services (MPS) reached a middle-ground on the matter.

Following an agreement on Thursday, MPS has ceded the handling of the 20% gateway container traffic to GPHA for two years effective August 1, 2022.

Workers of the Authority had been on strike for days now demanding that 20% of vessels docking at Terminal 3 handled by MPs be given to them.

They accused management of leaving them idle.

They’d escalated the action with the cessation of sailing and berthing of vessels at the Port as no vessel was allowed to berth nor sail at the port.