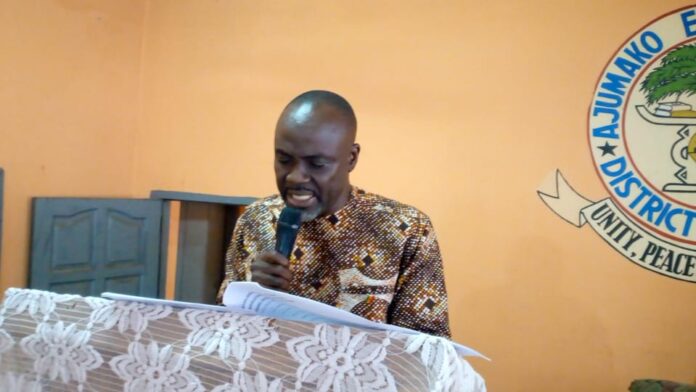 According to him, following an awareness campaign by the National Security Ministry on possible terrorist attack in Ghana, the Ajumako Enyan Essiam District has also made provision to stand up to any terrorist attack.

Speaking at an Assembly meeting, the DCE urged the residents to be security conscious and report suspicious persons or any strange happenings to the police for an immediate action.

Touching on other issues, Rev. Emmanuel Ransford Kwesi Nyarkoh disclosed that an approval has been made for the Ajumako Enyan Essiam District to get new Assembly building as the current building is not appropriate. 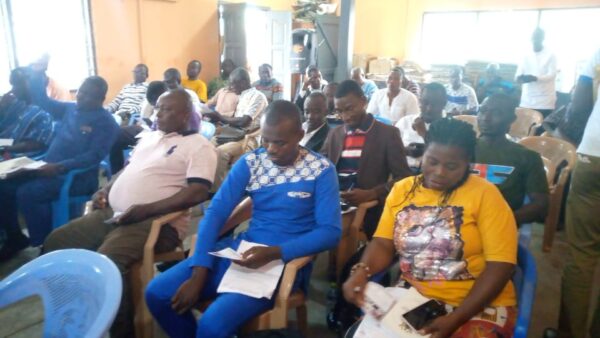 He noted that the assembly’s target to get enough revenue has been achieved since more revenue checkpoints have been established in the District and further urged residents including drivers, traders, riders to always pay their revenue for the development of the District.

“Very soon the Ajumako Enyan Essiam District Assembly guards will be going round to arrest and prosecute drivers, riders and shop attandants who don’t pay their tolls or tax.

“I want Ajumako Enyan Essiam District to be one of the best District in the Central Region interms of developmental projects” he added. 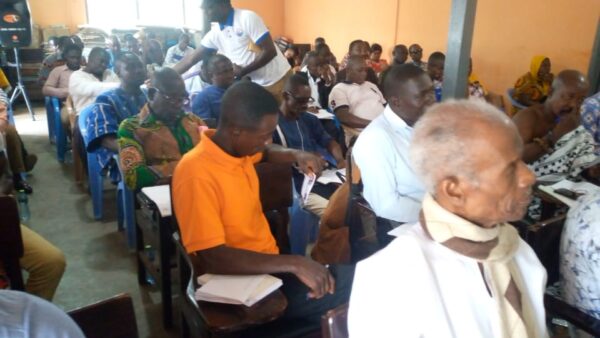 The DCE assured that all the deplorable Schools, hospitals, roads and others infrastructure are fixed before his term of office ends.

He said, all uncompleted projects being it the ones he inherited and ones he started will be fixed before leaving office in 2025.

He noted that children in the District are now performing better in the annual Basic Education Certificate Examination and the WASCCE.

He also applauded hardworking Teachers in the area for their good work and assured basic school teachers who are yet to receive their Laptops to remain calm as it was be presented to them soon.

He also promised to solve the issue of lack of furniture and Teachers in the District to enhance good teaching and learning.

Other issues he promised to address include the provision of quality healthcare and solving water crises facing the District.

He said, Electricity will be soon extended to all deprived Communities to also enjoy electricity adding that “I won’t wait for election time before start to develop my district.