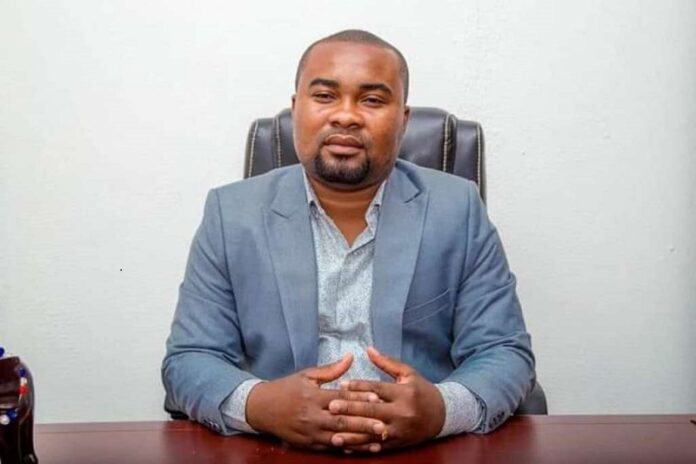 Martin Kpebu speaking on Joynews’ Newsfile Programme on Saturday, July 23, 2022, accused President Akufo-Addo of being ‘abysmal failure’ as far as the fight against corruption is concerned. He went on to state that and I quote, “Akufo-Addo is part of the criminal syndicate at the Jubilee House. The President is definitely part. This corruption cannot happen without his involvement”.

It is very unfortunate for a learned lawyer like Martin Kpebu to accuse President Akufo-Addo without any shred of evidence to substantiate his allegations against the President. Such simplistic loose talk should not be coming from a professional lawyer at all. Maybe at that moment, there was a huge disconnection between the brains (intellectual capacity) and the mouth of Martin Kpebu or better put, someone has bewitched Martin Kpebu to lose his intelligence and ethical standards.

Free speech comes with responsibility. I would like to call on the:
1. Attorney-General and Minister of Justice to take up the allegations made by lawyer Martin Kpebu seriously and accordingly sue him on behalf of the President so that he can substantiate his allegations against President Akufo-Addo. We cannot treat Martin Kpebu comments as a loose talk.

If the Attorney General on behalf of the President sues Martin Kpebu over his unfair and unsubstantiated allegations against the President, would he be able to provide any material or empirical evidence to substantiate his statement that, Akufo-Addo is part of the criminal syndicate at the Jubilee House?

2. Office of the Special Prosecutor to invite Martin Kpebu to assist in the investigation?

3. EOCO and CHRAJ to invite Martin Kpebu to assist in the investigation?

There is a big difference between Civil Advocacy and ‘folly’ Provocation Advocacy.

As a lawyer, I hope Martin Kpebu knows the implication of Provocation in criminal law.
Quite frankly, Martin Kpebu is gradually migrating from the usual Intellectual Civil Advocacy to a ‘folly’ Provocation Advocacy ever since he started joining the Arise Ghana platform.

This is clearly an indictment on Martin Kpebu as a professional trained lawyer. I would like to caution Martin Kpebu to control his mouth and tongue, and that he should not allow his emotions to overshadow his logical reasons and intellectual capacity when engaging in public discourse.

Akufo-Addo as President has taken several steps to improve the fight against corruption in Ghana. There are several corrupt related cases in Court that the Attorney-General is pursuing in the interest of the State.

Should President Akufo-Addo start undermining the Courts and Constitution of the Republic of Ghana to please the ego of Martin Kpebu?

Is the President the law Courts?

Do Presidents have constitutional powers to adjudicate Court Cases including that of Corrupt related Cases? Certainly not. Has Martin Kpebu forgotten about the separation of powers(Executive, Legislature and Judiciary) under the Constitution of the Republic of Ghana?

President Akufo-Addo strong desire to fight Corruption motivated him to:
1. set up the Office of the Special Prosecutor.

2. assents to the Right to Information law and ensuring that an Office was set up for it.

3. set up the Office of Registrar of Companies.

4. implement digitalization and digitization to totally digitalise the operations of all Government agencies, business and State Institutions.

Therefore, the call by Martin Kpebu for Akufo-Addo and Bawumia to resign is totally bigger bogus.

President Akufo-Addo true to his words has acted on investigations carried out by Anas Aremeyaw Anas including an investigative documentary titled “Number 12”.

Civil Advocacy is not the same as ‘folly’ Provocation Advocacy, Lawyer Martin Kpebu should take notice of the differences.