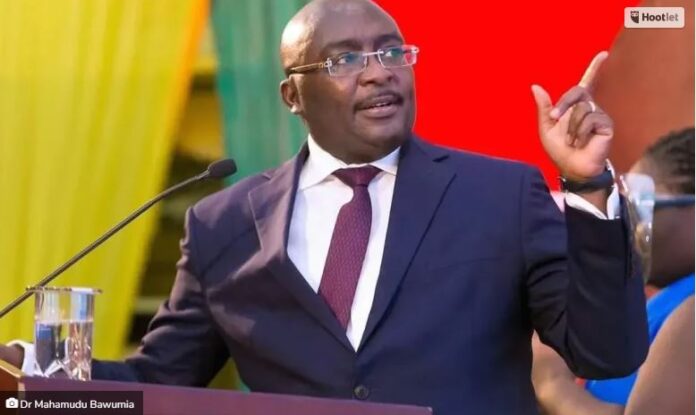 A startling 148,000 government workers out of a total of 602,000 on the payroll of the Controller and Accountant General’s Department have been found to have identifications which do not match any biometric identification at the National Identification Authority.

The Vice-President Dr Mahamudu Bawumia said this came up after a biometric audit by the Controller and Accountant General’s Department.

He said as part of the government’s quest to achieve fiscal consolidation, many steps have been taken, including improved revenue mobilisation and curbing wastages in the public sector by using digitisation.

The efforts, Dr Bawumia revealed includes a rigorous fight against identity fraud and corruption in the public sector, through the robust identity system, the government is building with the Ghanacard and the digitisation of government services.

“A key focus of the 2022 budget is fiscal consolidation to enhance debt and fiscal sustainability as we implement our economic revitalization and transformation programme to better the lives of Ghanaians,” Bawumia said.

“Over the last four years, our approach has been to put in measures to build a solid foundation for domestic mobilisation, cost saving and fighting corruption through digital transformation. And considerable progress has been made.

“An exercise just completed last week by the Controller and Accountant General Department shows that 533 people on the CAD have multiple identities in the CAGD database,” Bawumia said.

“In all cases of multiple identities, the employees have more than one CAGS account with different emotes numbers. Some have three employee numbers.

“There are also 148,060 employees out of 601,948 with biometrics that did not match anyone on the National Identification register (I.e. no Ghanacard).”

“We are going to check the SSNIT database to see if their biometrics can be matched. It is also possible that some of those with matching biometrics may also have multiple employee accounts.”

The startling revelations by the Vice President, follows news that a recent biometric audit by the National Service Scheme (NSS) found about 14,000 ghost names on its payroll, which saved the scheme about GHC112 million annually.