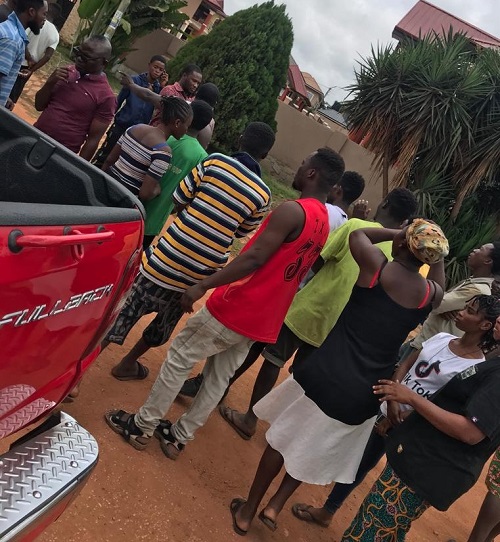 The Abuakwa Kokoben police in the Atwima Nwabiagya Municipality of the Ashanti Region had it tough on Friday containing irate residents who beseeched the police station over the death of an inmate.

The residents who went on a rampage in the town are accusing the police personnel of manhandling and assaulting the deceased whose name has been given as Prince Salasi resulting in his death in the police cell over the night.

Prior to attacking the police station, the angry residents went to the homes of one of the officers whom they accuse of leading the assault and vandalized his property learning that he had absconded with his family.

Another attempt by the police reinforcement team to contain the rioting crowd resulted in a police vehicle knocking down one of the protestors who was handcuffed and dumped in the police pick-up. 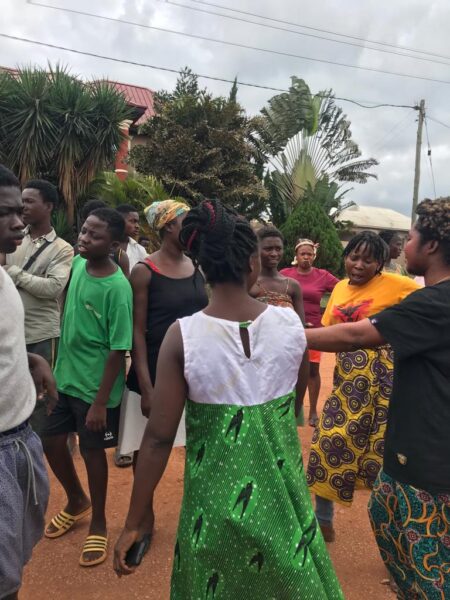 Ultimate News gathers that the police invited the deceased after a chief from the Abuakwa Palace reported him for flouting his orders to remove a metal container he was building along the road to be used for a shop.

An eyewitness, Isifu Ali who narrated the happenings to Ultimate News recounted that the deceased visited the police station after workers building his container were picked up by the police on orders of the said Odikro.

“The police insisted on arresting him but he resisted and left the station. Shortly after he crossed the street, the two officers whom we know as Obroni and Acquay raised an alarm that the guy was a thief. Other officers rushed on him and began beating him till they brought him to the station.”

Isifu told reporter Ivan Heathcote – Fumador, “A sister of the deceased came to meet him in a bad state when she visited to provide him some food. Later in the night, they brought him out dead prompting the action of the townsfolk.”

The police have since beefed up security around the Kokoben Police station while the man who was knocked down by the police car has been sent to the hospital.