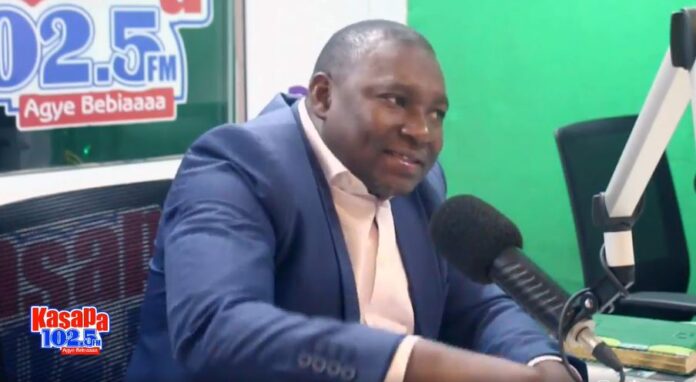 A businessman and Communications Team member of the government New Patriotic Party(NPP) Solomon Owusu has advised the Ghana Union of Traders Association (GUTA) against closing shops belonging to its members to register its displeasure with the country’s current economic challenges.

GUTA has announced that the shops will not open for business in Accra on Monday, August 29, 2022, because the depreciation of the cedi has eroded the capital of its members and is severely hampering their operations.

Speaking at a press conference in Accra, the President of GUTA, Dr. Joseph Obeng, called on the government to act swiftly to address their concerns to salvage the ailing economy.

“The Monetary Policy Rate is 22% meaning that Commercial Lending Rate is over 35%, VAT Standard Rate of 19.25% instead of flat rate of 4%. The huge influx of foreigners in the retail business against our investment loss. Do not review any system to increase duties on importing Second-hand clothing. Listen to the concerns of car dealers. Withdraw compulsory maritime insurance policy, we don’t think you should blame us for the high prices of goods in the market. The activities of the black market are also a matter of concern.”

“These have gotten out of hand and need immediate solutions before things get out of hand. We have decided to close all shops from Monday to officially register our displeasure to the government.”

Commenting on GUTA’s decision on Kaasapa 102.5FM/Agoo TV Wednesday, Solomon Owusu who’s a Transporter and member of GUTA said inasmuch as the Traders association has genuine concerns, closing of the shops is not the way to go.

“GUTA’s concerns are legitimate and government must go the extra mile to fix the problems. The only challenge I have with GUTA is their decision to close shops beginning on Monday. If they close down shops in Accra, will the Cedi start appreciating? I maintain that GUTA should go back to court to seek a judicial review of the ruling of the Supreme Court in 2014 that if the Cedi depreciates, we have the right to sue the Bank of Ghana. GUTA President Dr. Obeng should not lead his people astray, closing the shops is not the solution. Embarking on demonstrations over such issues is only a form of keeping fit.”

Solomon Owusu also suggested that the government goes into hedging the Cedi against the Dollar, adding that this will enable businessmen to plan their businesses well.

The apex Court in 2015 dismissed a case where a private legal practitioner, Dr. John Ephraim Baiden, was asking the court to order the Bank of Ghana (BoG) to introduce measures to stabilize the cedi.

According to a seven-member panel of the highest court of the land who sat on the case, they lacked the monetary policy capabilities to grant the reliefs of the applicant.

Dr. Baiden who filed the case in July 2014 when the cedi was depreciating rapidly said he has lost wealth through foreign exchange rate losses and wants the court to direct BoG to provide a stable currency.

Before Dr. Baiden filed the case in 2014, the Cedi had depreciated by about 40% against the dollar and other major currencies, a situation that forced traders to increase the prices of goods and services, thus increasing the cost of living for Ghanaians.

He, however, argued that the situation got out of hand because the Bank of Ghana failed in its duties to stabilize the Ghanaian currency.