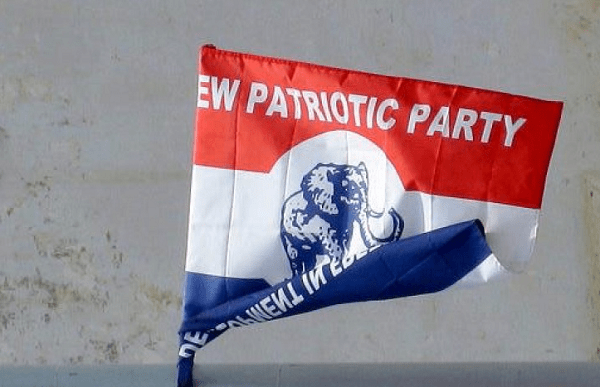 A former New Patriotic Party (NPP) Constituency Secretary for Krowor Mr Sebastian Ampah has sued the party in court over what he described as the creation of “unknown polling centres.”

Mr Ampah, who is the Plaintiff per the suit filed at the High Court in Accra, is seeking a nullification of the elections he sought re-election, but lost by 10 votes.

It is his contention that, the exercise was skewed to favour his opponent during the Constituency executive elections.

But, the party (1st Defendant) has responded to the action and also filed a counter application urging the court to set aside his action on grounds that, Plaintiff has not exhausted the internal mechanism to address his grievances.

The plaintiff who is being represented by Richard Odum Mensah, as counsel is seeking six reliefs against the Defendants.

“A declaration that the polling station executives of the said two polling stations referred to in paragraph 26(a) were not eligible to vote in the Krowor Constituency Elections of the New Patriotic Party;

“A declaration that the 3rd Defendant was not validly elected as the Constituency Secretary of the Krowor Constituency;

“Perpetual injunction restraining 3rd Defendant from holding himself as the Constituency Secretary until fresh elections are conducted.

“An order directed at the 1st and 2nd Defendants to conduct fresh elections within the Krowor Constituency for the Constituency Secretary Position; and

“Any other reliefs that the Honourable Court may deem fit make.”

Plaintiff avers that 1st Defendant in its bid to prepare for the 2024 national elections organized polling station, electoral areas, constituency, regional and national executive elections to elect various officers of the party.

According to Plaintiff, he contested for the position of constituency secretary at the Krowor Constituency with 3rd Defendant and one other.

He argued that the Krowor Constituency has 233 polling stations within twelve (12) Electoral Areas as created by the 2nd Defendant for the 2020 national elections.

According to Plaintiff prior to the election on May 5, 2022, he and other contestants demanded the Election Album for inspection but it was not released to them.

“Plaintiff avers that on the day of the election he realised that two new and unknown polling stations had been created and added to the Election Album. The total polling stations thus became 235 instead of 233.

He noted that, “he protested on the day of the election but that notwithstanding, the 2nd Defendant used the Election Album containing these two fictitious and unknown polling stations.”

The avers that, “the two fictitious polling stations consisted of five (5) executives each making a total vote of ten.

Plaintiff avers that after the results had been collated, he obtained, 415 votes; 3rd Defendant obtained 425 votes and he lost the election with a difference of 10 votes.

“Plaintiff contends that the election result was compromised by the unlawful creation of the two polling stations and allowing such unqualified persons to vote.”

The plaintiff avers that he has petitioned the Election Appeal Committee of the 1st Defendant which is mandated to deal with such election irregularities but has not received any acknowledgement and response from the Committee.

“Plaintiff avers that notice of the Petition has been served on the Regional and National office but he has not received any response therefrom.

“Plaintiff avers that the irregularities will not be corrected by the 1st Defendant unless otherwise ordered by the Honourable Court,” he contended.

However, the party has filed a counter application for the court to set aside the suit filed by the plaintiff.

The motion which was deposed to by Evans Nimako said, “the said Writ of Summons and Statement of Claim is fraught with several legal challenges hence the present application to set the process aside.”

According to Evans Nimako, who is the Director for Research and Elections, the Plaintiff (Respondent) “being a member of the Association is bound to comply with the express provisions of the Constitution to resolve his grievances.”

“That the party has an elaborate procedure for a grievance procedure for all members as spelt out in Article 4(8) of the New Patriotic Party Constitution,” he pointed out.

“That the NPP has set up an Alternative Dispute Resolution (ADR) and Legal Support Committee Chaired by Hon. Cecilia Abena Dapaah which has been mandated to resolve all election-related issues at the Headquarters.

“That by the rules of the New Patriotic Party, it is only when a petitioner has exhausted the internal mechanism for dispute resolution and same having failed that he can proceed to Court.

“That by the Plaintiffs/Respondents’ own showing, he has not exhausted the internal mechanism for resolving their concerns thereby rendering his action premature before this Court.

“In view of the aforesaid, I pray that this is a proper case where this honourable court ought to set aside the Writ of Summons and Statement Claim for with the Constitution of the New Patriotic Party and the rules and regulations for Constituency Officers’ Elections.”