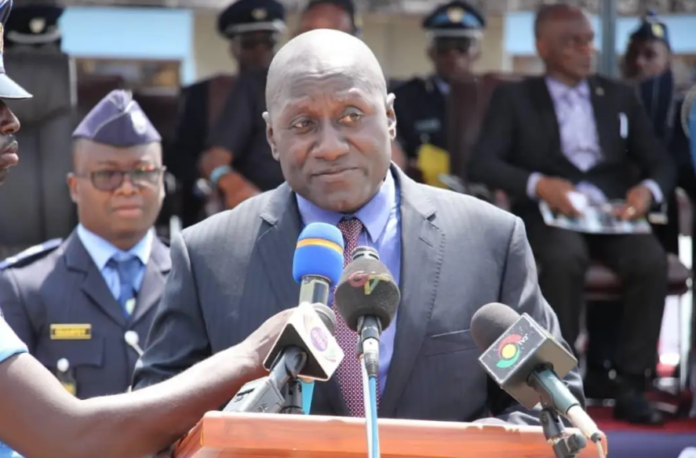 The Commissioner of the Customs Division of the Ghana Revenue Authority (GRA), Colonel (Rtd.) Kwadwo Damoah, has refuted allegations of bias and acts of favouritism towards Council of State member, Eunice Jacqueline Buah Asomah-Hinneh, who owns Labianca Company.

This is despite the “good relationship” that exists between them as people from the same party.

“Nobody has given me bribe and ever since I assumed this office I have not been involved in any corrupt practices. There are suspicions that since I know the woman then it largely suggests that money has exchanged hands somewhere in our dealings with Labianca, which allegedly forms the basis for the issuance of the supposed unlawful customs advance ruling.

“Yes, I have known the woman even before we came to power, That’s the gospel truth. But since 2017 I have met her only once in relation to trade. So there has not been any interface with the woman as being suspected,” Colonel (Rtd.) Kwadwo Damoah told Abusua Fm on the sidelines of a Customs Division Management Retreat in Kumasi in the Ashanti Region.

The Commissioner of the Customs Division of the Ghana Revenue Authority (GRA), Col. Kwadwo Damoah, (RTD) has stated that attempts by the Special Prosecutor, Kissi Agyebeng, to disgrace him with corrupt accusations in-line with his responsibilities will fail.

Col. Damoah said, the allegations filed against him and some senior officers are a calculated attempt to dent his reputation.

According to him, the claims are being made by some disgruntled members of the customs service who are jealous of his control in the sector.

He added that as long as he remains in the command he will ensure his officers are protected against unfortunate intimidation.

“Three days ago a report purported to be coming from the Office of the Special Prosecutor trying to indict the Deputy Commissioner of Operations and myself [but] anybody who has read that report very well will know the basis of that.

“And luckily for Me, God is always on my side, before that report came that person had made a comment to some people who had come to tell me [that] he [Special Prosecutor] was going to publish that will discredit me…and I sent people to go and tell him that he is a small boy and I am older than him, I have lived a meaningful life and if he attempts to destroy me it won’t be easy for him. People have tried and I have survived and this one too I will survive it,” Col Damoah said.

Col. Kwadwo Damoah alleged that the Special Prosecutor has targeted him because he blocked Mr Akurugu from becoming Kissi Agyebeng’s deputy.

A Deputy Commissioner of Customs in charge of Operations, Joseph Adu Kyei, was cited for issuing what unlawful customs advance ruling in the Special Prosecutor’s report.

Though Col. Damoah distanced himself from the wrongdoing, the Special Prosecutor found that he gave his “tacit approval”.

“Indeed, Mr. Adu Kyei’s decision would not have passed muster but for Colonel (Rtd.) Damoah’s apparent approval. The halfhearted seeming recantation is unhappily belated and does not absolve Colonel (Rtd.) Damoah of ultimate responsibility for the apparently contrived decision,” the report indicated.