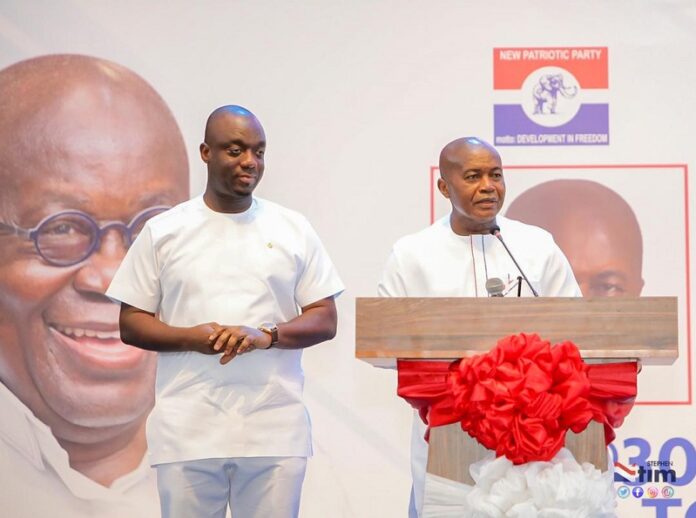 The National Executive Council of the New Patriotic Party(NPP) has warned executives of the party to desist from endorsing Presidential and Parliamentary hopefuls.

The warning by the party leadership follows a viral video in which Mr. Bernard Antwi Boasiako, Ashanti Regional Chairman of the Party, openly endorsed one of the party’s presidential hopefuls.

The General Secretary subsequently extended an invitation to Mr. Antwi-Boasiako, and engaged him on the need for officers of the party at all levels, to desist from such conduct.

It would be, recalled that the National Council of the Party, on July 27, 2021, issued a Code of Conduct for the Party’s presidential and parliamentary primaries.

In line with Articles 2(3) and 2(4) of the Party’s Constitution, the Code of Conduct seeks to foster the spirit of healthy intra-party contests by guaranteeing equal opportunity for all stakeholders.

For emphasis, the Code of Conduct provides in Section 1 (f) that:
“Members, supporters, sympathizers of the Party at all levels shall desist from using their public office or portfolio within or outside the party to promote the interest of any prospective presidential or parliamentary candidate in order to gain unfair political advantage.”

A statement signed by the General Secretary, Justin Frimpong Kodua said “In obedience to the Party’s Constitution and the Code of Conduct, herein, all National, Regional, and Constituency Executives of the Party are once again cautioned to refrain from either endorsing or openly campaigning for any presidential or parliamentary aspirant.

The statement stressed that “failure to comply with this directive may lead to huge consequences and sanctions against such offending officer, member, or prospective aspirant in line with the grievance procedures stipulated in the Code of Conduct.”

It added: “It is worthy of note that the institution of these disciplinary measures is to avert the menace of internal Party wrangling, and factionalism, which usually arises when Party executives openly declare support for aspirants, thereby dividing the Party front in the lead-up to general elections. It is also intended to avoid the repetition of the electoral misfortunes of our tradition in the 1979 and 2008 general elections which were linked to Party officials openly leading the campaign of aspirants.”

The statement emphasized that “there is no gainsaying that the NPP’s quest to win a historic third consecutive general election (breaking the eight) cannot be achieved if Party executives are allowed to flagrantly disregard directives meant to achieve the conduct of free and fair presidential and parliamentary elections.

“The National Officers of the Party are, therefore, committed to enforcing to the latter, the Code of Conduct for the Party’s presidential and parliamentary primaries.”