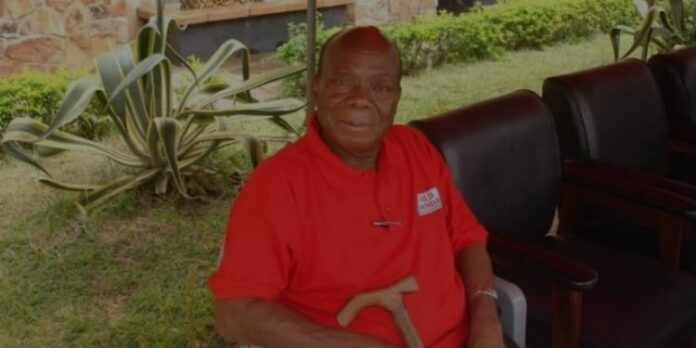 The New Patriotic Party (NPP) has directed all flags at its various offices to fly at half mast as the party mourns one of its founding members and Statesman, Haruna Esseku.

Haruna Esseku who died on Wednesday, August 3, 2022, was a great source of inspiration and wise counsel to the Party and was also revered by many as a symbol of peace.

Between 2001 and 2005, the late Esseku served as the National Chairman of the Party, during which time, he worked tirelessly to unite and lead the Party to win the 2004 General Elections.

According to the party, he was a consummate statesman. having served as a Member of Parliament for the Awutu-Effutu-Senya Constituency in the Second Republic, and a Minister for Transport and Communications in the Busia administration.

“Haruna Esseku’s contributions to the Danquah-Busia-Dombo political tradition and Ghana at large cannot be overemphasized. His passing is, therefore, a huge loss to both the NPP and the country. We have, indeed, lost a father, mentor, and colossus.

“The Party, accordingly, extends its heartfelt condolences to his immediate family, the good people of Senya Breku, and all Ghanaians, for such a great loss. The Party stands with them in these difficult times and would provide them with the needed support.
As a mark of respect in honour of his memory, the NPP has directed that all Party Flags at party offices nationwide be flown at half-mast for the next seven days.
May the soul of our dearly departed father and mentor find solace in God’s bosom,” a statement signed by General Secretary, Justin Frimpong Kodua stated.