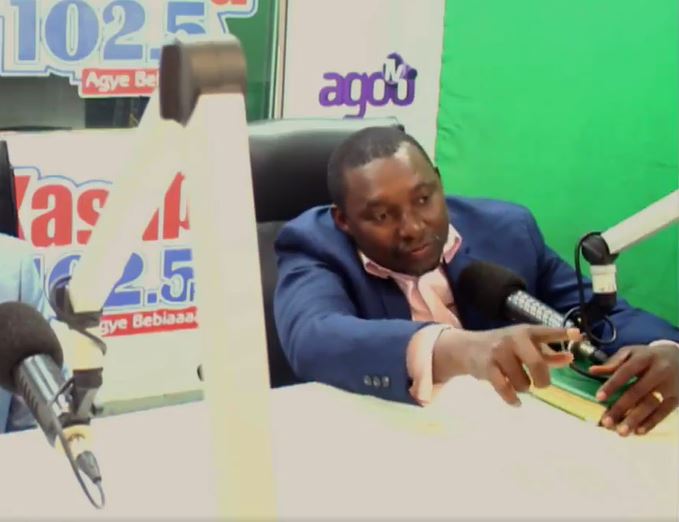 Communications Team member of the New Patriotic Party(NPP) Solomon Owusu has urged the National Council of the party to crack the whip on some regional and national executives openly campaigning for Vice President Mahamudu Bawumia as the party’s Flagbearer for 2024 elections.

According to him, some senior party officers are campaigning for the Veep in complete violation of the party’s directive asking all to cease such activities until nominations are opened.

“Last Friday during the party’s 30th anniversary thanksgiving service at the Mosque, as soon as he took the microphone to speak, he began campaining for the Vice President. When he was done, the General Secretary, Justin Frimpong Kodua said his (Aziz) comment should be taken as a joke. Wontumi as Regional Chairman has also engaged in campaigning for Dr. Bawumia. What these two are doing is seeking to undermine the this new National executive body and this is exactly what they did to former Chairman, Paul Afoko and General Secretary, Kwabena Agyepong that’s why I’m so serious this morning.”

“Let history guide them. The actions of these people are deliberate and the earlier the party cracks the whip on these office holders the better for the party. A national executive must be a neutral arbitter and not openly show his or her bias by campaigning for one particular candidate. The likes of Aziz Futa and Wontumi are destroying the party and they must be stopped right in their tracks now. Wontumi openly campaigned for John Boadu and his candidate lost. So he’s begun to undermine Justin Kodua so that people will say he (Justin) is not working, then a petition will be filed just as was done in the case of Paul Afoko and Kwabena Agyepong which may see them him being suspended,” Solomon Owusu averred.